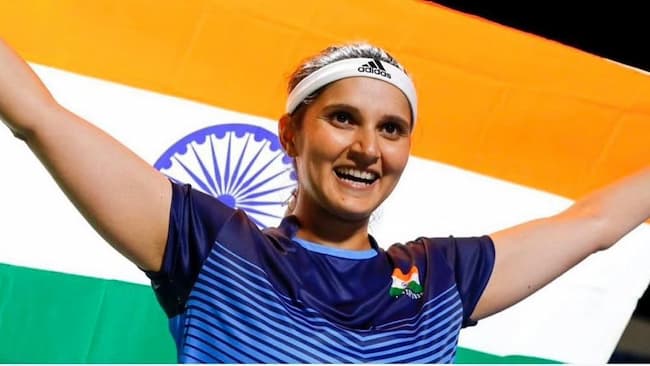 India’s Tennis star Sania Mirza who was the number one player in India for 10 years has decided to retire from the sport at the end of 2022. She said that this season would be her last as her body is wearing down due to injuries. Check India Tennis Player Sania Mirza Retirement Announcement News.

The motivation and energy she possessed for the everyday grind in the sport are not the same now. Mirza made the announcement after she and her Ukrainian partner Nadiia Kichenok suffered an opening-round loss in the women’s doubles event of the ongoing Australian Open on Wednesday. Kaja Juvan and Tamara Zidansek of Slovenia defeated Mirza and Kichenok 6-4, 7-6.

The former doubles player has won 6 Grand Slam titles so far in her career. She remains the only Indian player to qualify and win the WTA Finals championship. She achieved this feat in 2014 and defended her title in 2015 with then-partner Martina Hingis.

What she said in the Press conference

“I am playing at a good level. The first week in Adelaide (event), we (she and Kichenok) beat top-10, 20 players. I am playing at a decent level. She said that she was pretty sure this is my last season if I do finish it. I am sure I am not coming to Melbourne to play Australian Open again,” she said.

“There’s a bunch of reasons for it. It’s not as simple as ‘okay I’m not going to play. I do feel my recovery is taking longer, I do feel, considering my son is three years old, I’m putting him at risk by traveling so much with him, that’s something I have to take into account,” Sania said in the press conference.

“My body is wearing down. My knee was really hurting today and I’m not saying that’s the reason we lost but I do think that it is taking time to recover as I’m getting older,” she said.

What are The 10 Best Memorable Moments of Sania Mirza!