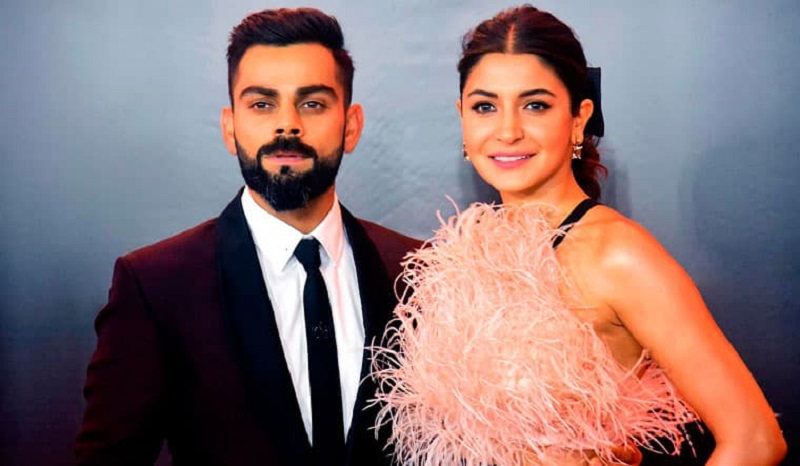 But it is also interesting to know the Indian cricketers and their wives and their occupations. There are many times the wives of these cricketers accompany them to the stadium during a match. There has been a lot of social media appearances of their better halves during the matches.

Indian Cricketers Wife and Their Profession

Sakshi Singh Rawat is the wife of a former skipper in team India Mahendra Singh Dhoni. He appears in the stadium very often during his match. Before marriage, she was doing a Hotel management course in Kolkata.

She was working as a Trainee at Raj Bengal, Kolkata where she met Mahendra Singh Dhoni. They both fell in love with each other and their love story is a beautiful marriage.

They have a daughter Ziva Singh Dhoni who also appears in the stadium very rarely.

Anushka is a popular Indian Bollywood actress and a film producer. She is married to the captain of Team India Virat Kohli. Anushka made her debut in Bollywood with Rab Ne Bana De Jodi and later went on to give hit films.

She is one of the top actresses who is also a co-founder of the production company Clean State Filmz. Anushka started her own clothing brand for women, Nush.

Virat and Anushka marry each other in 2017 in Italy. The couple is blessed with a baby girl, Tamika.

Ritika is a sports manager who was previously working at Cornerstone Sport & Entertainment. It is a management company which is own by her cousin Bunty Sajdeh. She was the manager of players and their brand endorsements.

Ritika marries Rohit Sharma where they both met each other during an advertisement shoot. They both started dating each other and later Rohit proposes to her at the Borivili Sports Complex, Mumbai.

They both later married each other in 2015 where Ritika still continues to manage his contracts with him. The couple is blessed with a baby girl in 2018 whom they name, Samaira Sharma.

Dipika is an Indian Squash Player and the first Indian woman to break into the top 10 PSA women’s ranking. She is a winner of a gold medal at the Commonwealth Games along with her partner of the game Johsna Chinnapa.

Dipika is married to the Indian wicket-keeper Dinesh Karthik in 2015. Dipika has honors from the Indian government. She is rewarded with the Arjuna Award and Padma Shri in 2014.

She is an official anchor of IPL team Kolkata Knight Riders special show “The Knight Club”. Sanjana and Jasprit tie the knot in a private ceremony in 2021.

Sagarika marries Indian cricketer Zaheer Khan. She is a national-level hockey player and a model. Sagarika was a part of the film Chak De India where she is popular for her role as Preeti Sabharwal.

She is also a finalist of the show Khatron Ke Khiladi in 2015. Sagarika has also been a part of various Bollywood films. Zaheer and Sagarika married each other in 2017.

Hazel is married to Indian cricketer Yuvraj Singh. She is a British-Mauritian model and has been a part of various advertisements and campaigns. She was also in a supporting role in the film Bodyguard.

Yuvraj and Hazel got married to each other in November 2016 after which she adopts a name as Gurbasant Kaur.

Safa is a model by profession who marries an Indian fast-bowler and batsman Irfan Pathan. She is also a journalist. Safa and Irfan got married in 2016 and they have a son Imran Pathan.

Natasa is a Serbian actress, model, and dancer. She is an actress and model for the popular brand Johnson & Johnson.

She is also an actress who has been part of various Bollywood films like Satyagraha, 7 Hours to Go, Zero, and many more. Natasa also took part in the television show Bigg Boss, Later she was part of the show Nach Baliye where she participated in the show along with her ex Aly Goni.

Natasa and Hardik Pandya fell in love with each other and started dating. The couple got married in 2020 and they are blessed with a baby boy Agastya.

Anjali is the wife of the legend of cricket Sachin Tendulkar. She is a pediatrician who completed her studies at Grant Medical College. Anjali and Sachin got married to each other in 19995 where the couple is blessed with a baby girl in 1997 name, Sara.

Priyanka an IT Professional marries Indian cricketer Suresh Raina. She worked as IT Professional for ING in the Netherlands. Priyanka is also a co-founder of the Gracia Raina Foundation. She also runs a talk show “The Priyanka Raina Show” on Red FM.

Suresh Raina and Priyanka are childhood friends. They both got married in 2015 and are blessed with two kids, Gracia and Rio.

Dhanashree is a professional dancer and a choreographer. She is married to the Bowler of the Indian cricket team Yuzvendra Singh Chahal. They both got married in 2020.