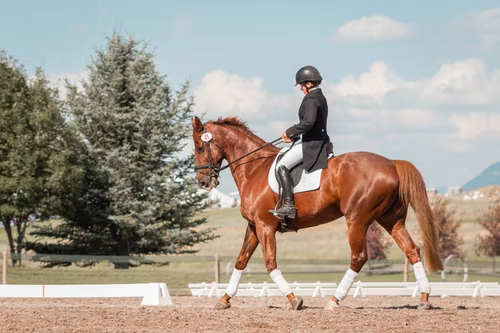 Indian Sports news Wrap July 27, 2022: All the major developments in India Sports you need to know

Dressage and eventing world championships are going to take place in August and September. The top three Indian equestrians have qualified including the star and ace rider Fouaad Mirza.

Shruti Vohra and Anush Agarwalla will be taking part in the FEI dressage World championships in Denmark. The championship will be held in Herning Denmark and they will compete on 5-11 August.

Fouaad Mirza will be competing in the FEI world championship evening. It will be held in Parotoni, Italy from. 10-12 September.

Aditi, Diksha, and Tvesa will be participating in the Scottish Open. Tvessa came back on the field after some gap, she will end the lackluster season on the Ladies European tour.

Compared to last season’s standings, where she was in the top 10 in LET order of merit this season, she struggled.

The other Indians participating in the tournament will be Aditi Ashok, who played in the Tokyo Olympics and lost in a close match, and Diksha Dagar. Aditi has come to Europe after the decent results in LPGA. However, Diksha after some decent results finished in the top-20 in the Big green egg open, Amundi German Masters.

Ramanathan, 27 years old, is ranked current;y 299 in the world rankings. He made the qualifying draw as an alternate and won ATP points(12) to make it to the main draw and $7600.