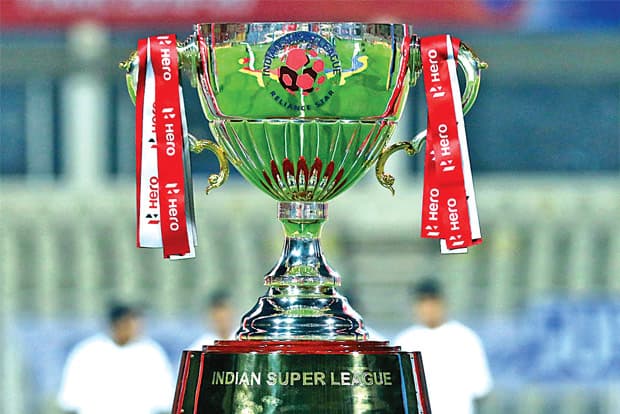 Football Sports Development (FSDL), made an announcement. That the Hero Indian Super League Shield Winners would be INR 3 million starting with the 2021-22 seasons. In 2019-20, the league winner’s shield was created. The victors will receive INR 50 Lakhs in cash as a reward for their efforts over the past 2 seasons. FSDL also provided a cash reward totaling INR 3.5 million to League Winners. Check ISL 2021-22 Prize Money.

India’s AFC Champions League winners will also be eligible. The league’s first winners were FC Goa, in 2019-20. Mumbai City FC won the trophy last season with the ISL Trophy. According to the Spanish sports industry institution Deports y Finanzas. The Indian Super League 2021-22 seasons has been ranked as the fourth-largest football league in the globe. The Indian Super League 2021-22 will resume its regular season on November 19, 2021. ATK Mohun Bagan and Kerala Blasters will be facing each other in the opening match.

Now, without further delay, we’ll take a look back at ISL’s winners, as well as the prize money awarded to the winners and runners-up.

Hero ISL Champions who won the Final will now receive INR6 Crore (before INR8 Crore), while the runners up will get INR3 Crore (before INR4 Cre). The semi-finalists continue to be eligible for INR 1.5 Cr each. To calculate the chances of a club winning League Shield, here are three scenarios:

The club has guaranteed 3.5 Crore table-toppers. To add incentive, if the ISL Championship is won, the club would be able to earn INR 9.5 Crore. If the ISL final was won by the club, it would have earned INR6.5 Crore.

If the table topper finishes 3 rd and 4th in the knockout competition, the club would be paid INR 5 crore. INR 15.5 Crore is the current total prize money for ISL 2021-22. Hero ISL 2021-22 is on November 19. Last season’s finalist ATK Mohun Bagan will take on Kerala Blasters FC at Fatorda’s PJN Stadium.

Astable toppers, the club is guaranteed an INR 3.5 Crore To add incentive, if the club wins ISL Championship they could stand to earn INR 9.5 Crore. If they were runners-up in the ISL final, the club would have a total income of INR 6.5 crore If the table topper finishes 3rd-4th in the knockout competition the club would get the smallest amount of INR 5 crore

INR 15.5 Crore is the current total prize money for ISL 2021-22. The League Winners also receive the highest honor of representing India at Asia’s top club football competition, the AFC Champions League. The inaugural winners of the league were FC Goa, in 2019-20. Mumbai City FC, who have now been the current holders of the trophy, won the “double” and also their maiden Hero ISL Trophy in 2020-21.