Where to Watch Ireland vs Netherlands 2021 Match? 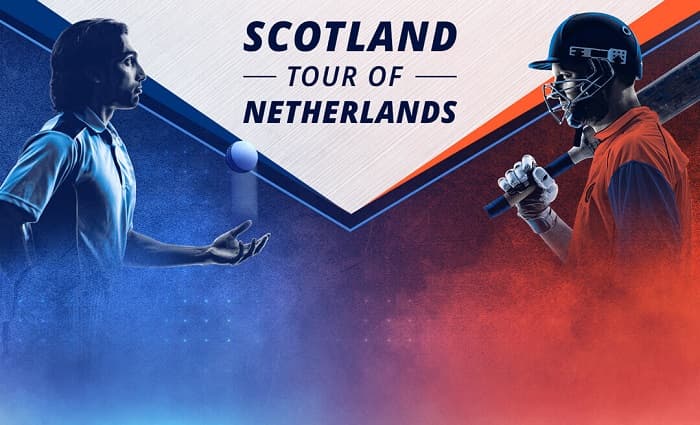 Cricket Ireland Confirm its schedule with the Netherlands in the Month of Feb 2021. So Ireland Cricket Team will visit the Netherlands in June 2021 for their Schedule. It will be a very Short Schedule and it consists of Three ODI Matches. So Where to Watch Ireland vs Netherlands 2021 Match Online Free?

The First Match of Tour will be kick off on 4th June 2021. Sportpark Maarshalkerweerd, Utrecht will host the First Match. Both the teams are playing their International Matches after a long gap of 1 year. So it will be an excitement for both the Teams. All Three ODI Matches will be held by taking safety measures of the Cricketers as well as Staff.

Where to Watch Ireland vs Netherlands 2021 Match Online Free?

Peter Seelar will lead the Netherland Side for the Upcoming ODI Matches. While Willaim Porterfield will lead Ireland Team. All three ODI matches will form part of the Inaugural of 2020-2023 ICC Cricket World Cup Super League. The Squad for the Upcoming Series is not yet officially announced. But it will announce Very Soon. Check it out below the Probable Squad.

Sky Sports will broadcast the Telecast in Ireland County. Whereas Ireland cricket fans can also catch the digital TV on Channel 4. The Telecast will not be televised in India. But Indian Cricket Fans Can catch the Cricket Score. It will be available on Cricbuzz and also on the Official Website of Cricket Ireland and Cricket Netherlands.

All three Matches will play at Sportpark Maarshalkerweerd, Utrecht. Whereas the Telecast will kick off at 5:30 AM. So cricket fans make sure you catch the telecast on time. The Last Time both teams face others is in November 2019. So after very long, they will play against each other.

Ireland tour of Netherlands 2021 Schedule, Venues, and Squads for ODIs