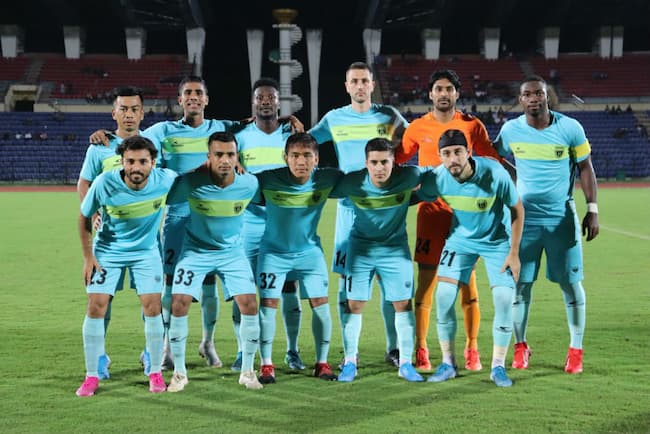 NorthEast United FC is under the ownership of John Abraham and Shillong Lajong Football Club. The squad for 2021-22 is announced. The teams are all set to take part in Indian Super League.

Indian Super League is a professional football tournament that will be rolling out the new season from November 19, 2021. NorthEast United FC is all set to roll out the gameplay for the league.

Check out more details about the ISL 2021-22 NorthEast United FC Squad and complete the player’s list.

The Highlanders are all set to rope in Spanish midfielder Hernan Santana and Sehnaj Singh and have extended Khassa Camara’s contract.

The club has also signed Joe Zoherliana, Jestin George, and Mohammed Irshad under the guidance of Khalid Jamil who is set to continue as head coach.

On 31 October 2021, NorthEast United have completed the signing of Manvir Singh. The striker played for Sudeva FC in the last I-League season and has signed a 3-year-deal with the Highlanders.

On 7 November 2021, NorthEast United FC confirmed the signing of Pragyan Medhi on its social media and various other platforms for the upcoming season. He has signed with NorthEast United on a four–year deal.