ISL 2021-22 Transfer News and Which New Teams are Joining the Season? 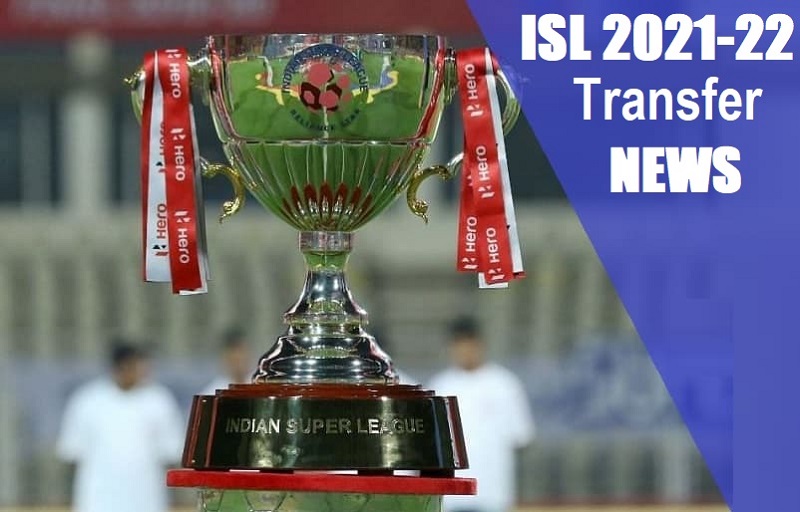 Indian Super League 2021-22 is heading near with the brand new season. The teams are all on the way to working hard for building up the strongest squad to succeed in the league. The previous season of the Indian Super league took off air recently. Check here ISL 2021-22 Transfer News and Which are New Team Joining the Season.

The teams are on filling up the squads with the domestic as well as the foreign players. Check out all the details about the Indian Super League 2021-22 Transfer News.

ATK Mohun Bagan FC has a total of nine players arrivals in the team however 6 players will be making their departures from the team. Here is a list of all the players entering the team.

The teams have the arrivals of the strongest players Alan Costa, Sarthak Goluim, and Rohit Kumar. The players making their departures are in total of 5 here the name of the players.

The Indian professional football club having its base in Hyderabad, Telangana. The club is founded in Aug 2019 is one of the top ones in Indian football. The popular actor Rana Daggubati is one of the co-owners of the teams.

FC Goa one of the professional football clubs based in the state of Goa competes in the Indian Super League. The club is founded in August 2014. It is the first team ever that qualifies the AFC Champions League group stage.

The Football club based in Chennai, Tamil Nadu founded in August 2014. It one f the team headed in the points table. The team is owned by Abhishek Bachchan, MS Dhoni, and Vita Dani.

They have been the winner of the title of the Indian Super League two times. 2015 and 2017.

Odisha FC is referred to as an Indian professional football club based in the city of Bhubaneswar, Odisha. The team has a ground at Kalinga Stadium Bhubaneshwar, Odisha.

The owner o the team si GMS Inc whereas the President of the club is Raj Athwal.

The professional Indian football club based in Jamshedpur, Jharkhand is the one who competes in Indian Super League.

The team is founded in 2017 and Tata Group is the owner of the team. The homes of the club are played at the JRD Tata Sports Complex.

Kerala Blasters FC is a football club based in Kochi, Kerala that competes in Indian Super League. The ground for the club is Jawaharlal Nehru Stadium, Kochi, Kerala. The owners of the teams are Magnum Sports Private Limited.

The chairman of the team is Nikhil Bhardwaj

Mumbai City Football Club is the Indian Professional Club based in Mumbai, Maharastra. The club is founded in 2014 where the ground for the club in Mumbai Football Arena, Mumbai.

The football club is based in the Guwahati, Assam that competes for the Indian Super League. It is one of the top sights in Indian football where the ground for the club is Indira Gandhi Athletic Stadium. The owner of the club is John Abraham.

The professional Indian Football club based on the SC West Bengals competes for the Indian Super League. The arrivals of the team are zero for the season whereas there are three departures from the team.