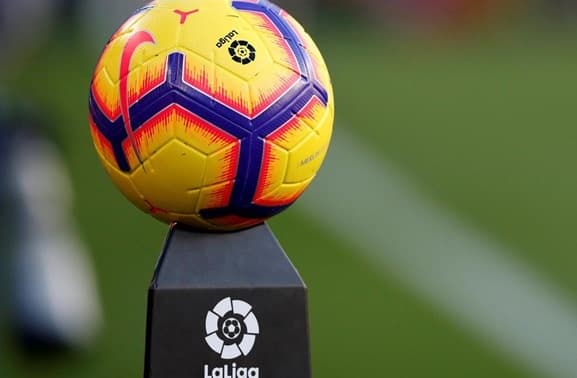 La Liga 2021-22 Season schedule is all set to kick off from 13th August 2021. All the matches will take place between 13th August 2021 to 22nd May 2022. La Liga is one of the most popular Football events right now and it will be good news for football fans that La Liga’s upcoming season is back. It will be the 91st edition of the La Liga Competition since its establishment. While La Liga 2021-22 Season will begin after completion of the UEFA Euro and Copa America 2021 competition. Real Madrid is the most successful team of La Liga with 34 titles.

The Latest Edition of the La Liga 2021 -22 will feature 20 teams. From the 20 teams, 17 teams are included from Previous seasons and Three Teams are promoted from the 2020-21 Segunda Division. Whereas the Previous Season of La Liga 2020-21 takes place between 12th September 2020 to 23rd May 2021. Atletico Madrid is the defending champiosn of La Liga. Atletico Madrid defeated Valladolid in the previous season and win the 11th La Liga title. The Complete Schedule of La Liga 2021-22 will be announced very soon.

Real Madrid is the most successful m of La Liga and record-breaking 34 Titles on their name. While the team is also 24 times Runner-ups in La Liga. Barcelona is behind Real Madrid for the titles, Barcelona has 26 La Liga titles on their name. Recently in the previous season, Atletico Madrid defeated Valladolid and win La Liga 2020-21 Season. And Becomes their Most Successful team in La Liga with 11 titles. Real Madrid and Barcelona finished the previous season in second and third position respectively.

Where to watch telecast in India?

Officially, the TV Channels which will broadcast live telecast of La Liga 2021-22 season in India are yet to announced. But football fans watch the live streaming of La Liga in India. It will be available on Facebook, and various websites. Whereas the Live Telecast and streaming of La Liga 2021-22 will be available in various countries. So Stay tuned with us to call all the updated information related to how to watch live telecasts in India.