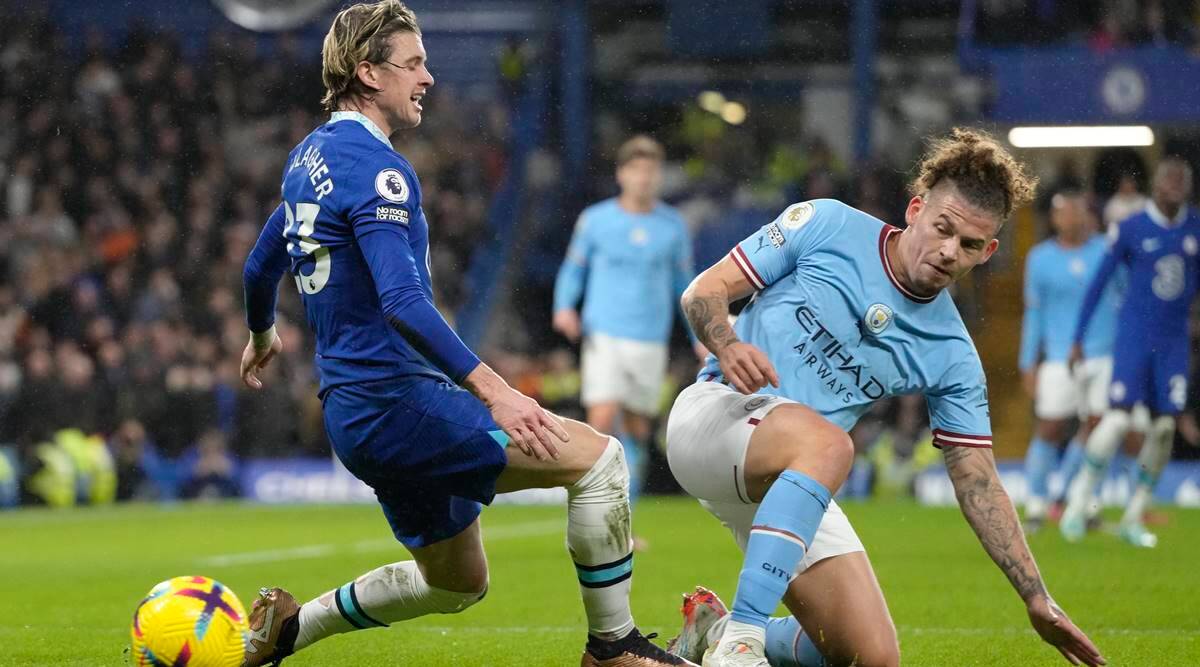 Midfielder Kalvin Phillips has “raised his level,” according to Manchester City manager Pep Guardiola, but he must maintain immaculate physical condition throughout the year. After being dismissed for returning from the World Cup overweight, Phillips learned a vital lesson. Check out detail about it below.

At the finals, Phillips served as a substitute for England for for 40 minutes. Due to a shoulder injury, he has yet to start a game since joining City from Leeds United in the offseason.

Phillips had received public criticism from Guardiola for his weight after he was left off of City’s roster for their League Cup victory against Liverpool on December 22.

It could teach him a valuable lesson in the future. A footballer needs to be excellent for a full year, in my opinion, Guardiola remarked. You must maintain perfection even on holidays. Because this level is so tough, you can enjoy yourself and do anything you want, but you must be prepared. You must be in good physical condition to play every three days; else, nothing will happen. His level has increased during the past week.

In Thursday’s League Cup quarterfinal match against Southampton, Guardiola indicated Phillips, who has made five substitute appearances in all competitions so far, may make his first start.

After defeating Chelsea 1-0 at Stamford Bridge in the Premier League on Thursday, City will play Chelsea in the FA Cup on Sunday.

He will undoubtedly participate in the League Cup, according to Guardiola. “We’ll see what happens on Sunday. Last week, I had the impression that he was returning. a positive sentiment. He made an effort to sway my decision so that he could participate.

Stay tuned with us to get the latest updates from the sports world. Also, find out more details about upcoming football and cricket matches.

The date for PSG’s friendly match in Saudi Arabia has been set for Cristiano Ronaldo vs. Lionel Messi