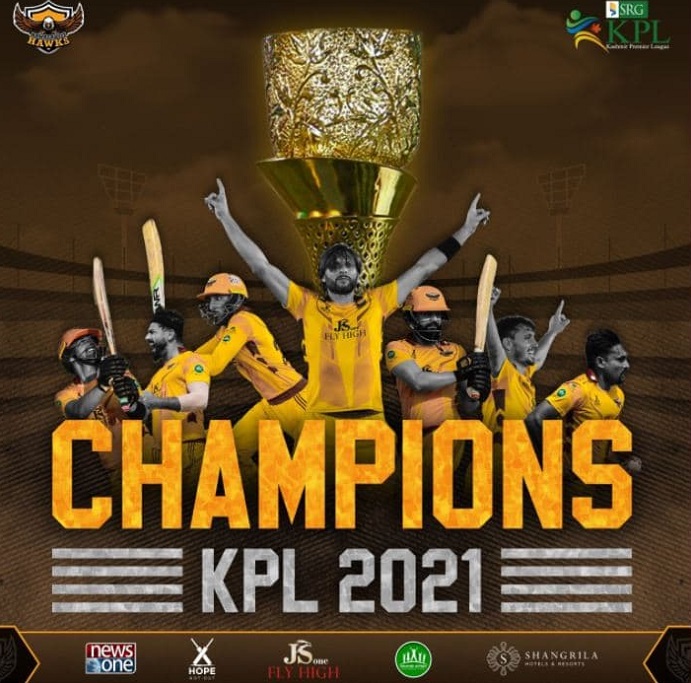 On Saturday there was the final match between Rawlakot Hawks and Muzaffarabad Tigers both the teams have given their best in the match but Rawlakot Hawks have won the match by 6 runs but their journey isn’t over yet they have more upcoming way and many matches to give their best more and more even the opposite team will have a lot of chances as it just only starts. So now let’s check out the complete details about Kashmir Premier League 2021 Winners List: Rawlakot Hawks Won By 6 Runs.

Kashmir Premier League feature eighteen matches and for the first time, there were many more groups participating and playing an international first edition the match was held at Muzaffarabad Cricket Stadium. All the teams have given all their best but as per the rule only one team has to win and it was Rawlakot Hawks. Also, the match was live broadcasting on Geo Super where you can catch all the live matches of Pakistan.

The final match of the Kashmir Premier League was played on 17th August, below you can check out the complete list of the match.

Rawlakot Hawks won the match by 6 runs which were held on 17th August from 6:30 PM IST