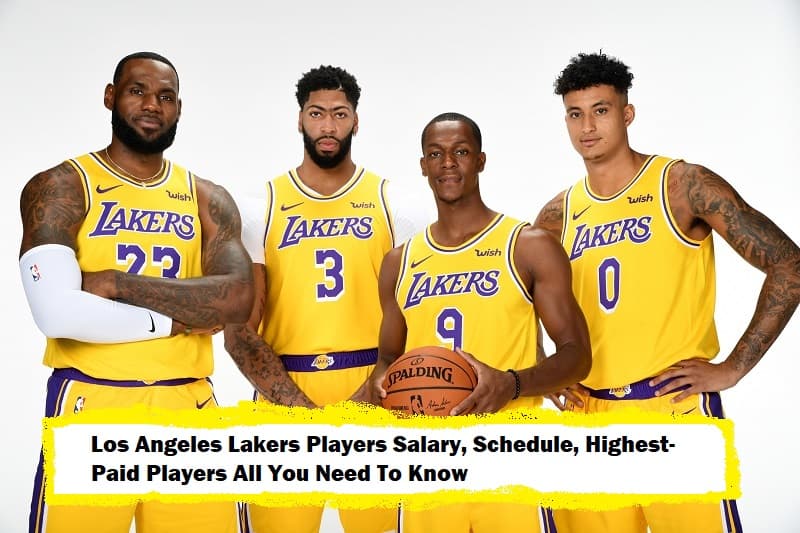 Lakers are the best team in the NBA which is due to the players of the team. So players are given good salaries here, earning can be more or less according to the performance of the players.

Westbrook is the highest-earning player of the Los Angeles Lakers, receiving a salary of $44,211,146 as of 2021-22. Besides, there are many other players who get more salary in this team.

LeBron is a great player of the Lakers who is known for his better performance in this team. He gets a salary of $ 41,180,544 by staying in this team, he is the second-highest-paid player of this team.

This player is at number three in the list of highest salary earners in the team LA Lakers. Who earns $ 35,361,360 as his salary.

This player of the basketball team lives in the Los Angeles Lakers. He receives a salary of $ 9,500,000, which is the fourth highest-paid player.

Kendrick Nunn also earns $5,000,000 as his salary, which he gets for his good performance in his team.

Los Angeles Lakers Other Players and Their Salary:

Here we have learned how the players are paid in the Los Angeles Lakers team. Here there can be a lot of differences in the salary of the players, according to 2021-22. The player who gets the highest salary gets the least salary. There is a lot of difference in the players doing this, here Russell Westbrook, who is the highest-paid player of the team recently, his salary is 44,211,146, while there are also players in the lowest team who get the lowest salary, in this Malik Monk who is this Earns a salary of $1,789,256 per year.

LeBron James Net Worth 2021, Salary, Income Sources, Achievements all you need to know