Both teams have yet to win a domestic fixture in 2023, as OL drew 0-0 at Nantes on Wednesday, while the club from Alsace remain in relegation danger after playing to a 2-2 tie with Lens. For the third time in the 21st century, Olympique Lyonnais have failed to win their opening two league fixtures to start a calendar year, going goalless against Clermont (1-0) and Nantes.

Laurent Blanc’s side are now facing a nine-point deficit in the race for a qualification spot in Europe next season, while they have not scored more than once in a home game in this competition since smashing Angers 5-0 at the beginning of September.

In eight league matches over this campaign, the former World Cup winner with France has lost more times (three) than he did in his previous 38 domestic outings as coach of Paris Saint-Germain in 2015-16 (two).

On paper, Lyon should not have any trouble defeating Strasbourg, but outside of Lacazette, no one on their team has been consistent from one match to the next.

Racing looked more motivated versus Lens but overall have not shown that they can sustain early momentum throughout 90 minutes.

Olympique Lyonnais is going head to head with RC Strasbourg starting on 14 Jan 2023 at 20:00 UTC

Anthony Lopes picked up his first clean sheet in between the stick for Lyon since October, while their leading scorer in Ligue 1, Alexandre Lacazette, has failed to find the back of the net in his last two encounters.

Karl Toko Ekambi has four goals in his career versus Strasbourg, including the equaliser in a 1-1 draw in Alsace last season, Moussa Dembele notched one in this exact fixture over the previous campaign, Dejan Lovren made his first league appearance on Wednesday since joining the club on a free transfer from Zenit Saint Petersburg earlier this month and Camilo has yet to feature after returning from a loan spell at Cuiaba in Brazil.

Only four clubs have conceded more goals than Strasbourg in Ligue 1 this term and the team’s generosity at the back routinely produced plenty of high-scoring matches involving the relegation candidates, especially on the road. Indeed, 100% of their last five away fixtures in the division have featured at least three goals and another exciting tussle could be in the works when Strasbourg take their leaky backline to play Lyon on Saturday.

Lyon vs Strasbourg Who Will Win Match

Lyon vs Strasbourg a great match to watch, This match will be Drawn 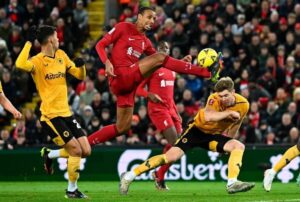