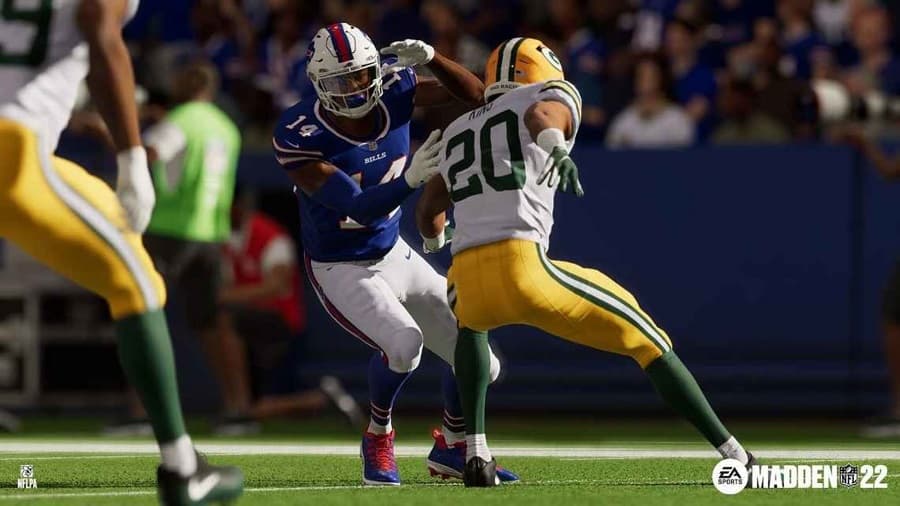 Madden 22 release is on the heads where the EA Sports reveal the cover athletes for the same. The other information about the football video game is out for the fans of the game. Check Madden 22 Release Date, How To Do Pre Order, New Features, Player Ratings Everything You Need To Know.

The series is going to launch this August 2021 for all the fans of the game. The wait is over as the details for the Madden 22 are out now.

This season is going to have a lot many updates and more entertainment for the fans of the game. The release for Madden 21 fell out of synchronization but the game is back with Madden 22.

Check out more details about the Madden 22 release date, how to do pre-order, new features, and many more things here on this page.

They will be provided with access before the actual release date.

The new feature that is the launch for the game is the Franchise Mode. In the franchise mode of Madden 22, the update is the there will be more detailed staff management and skill tree progression systems, with a comprehensive weekly game strategy that integrates into the game plan.

There will also be live service updates. This update will be taking place in September 2021 where there will be player scouting too.

Another feature that adds up to the list is The Yard which is introduced last year will get more upgrades as there will be new locations and also a new ranked mode.

The face of the Franchise is going to be with more customizations. There is also going to be the degradation of new skills ratings and unique attributes, and also you will have a more realistic avatar.

Superstar KO is another feature that comes in where it was actually added on Madden 20. the game will still have the feature in Madden 21, and Madden 22. The new upgradation here will be co-op eliminator mode.

The price for the game is divided into three groups. The editions are named Dynasty, MVP, Standard where the prices vary for each.

As the game is coming up with new features and different up-gradation there are also going to be more perks for the users.

The section in which the prices are divided is here.

The ratings for the players will be out soon. EA Sports will be releasing it during the last week of July 2021.

We will soon be updating you with the latest plot. Till then make sure to stick around this space. for more details.

Madden 22 will be available for the Dual Entitlement if you make the pre-order of the game. You can also upgrade the copy of your Madden NFL 22 by pre-order. Where you can upgrade from Playstation 4 to Playstation 5.

You can also upgrade from Xbox One to Xbox Series X|S. All these will be at zero additional cost. The list for the consoles are here