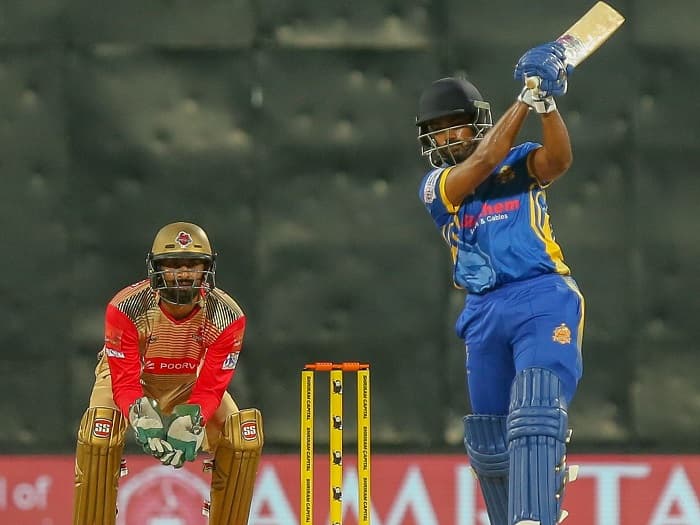 Chennai, August 4: Manimaran Siddharth stepped up to make an impression in the Shriram Capital Tamil Nadu Premier League with a brilliant spell against Siechem Madurai Panthers at the MA Chidambaram Stadium here on Wednesday.

The left-arm spinner, among a clutch of Tamil Nadu players featuring in the Indian Premier League, claimed four wickets for 20 runs to help to defend champions Chepauk Super Gillies restrict Madurai to 124-9 in 20 overs.

The 23-year-old, who plays for Delhi Capitals, opened the bowling attack and picked a wicket in each of his four overs to derail the Madurai innings. It was also Siddharth’s best bowling performance in the tournament surpassing his earlier best of 2-12 against Tuti Patriots in 2019.

Madurai captain NS Chaturvedi, who bucked the trend of teams batting second after winning the toss (14 consecutive matches) by deciding to bat first, justified his decision by single-handedly taking on the Chepauk attack. The 31-year-old struck a superb 70 off 50 balls (9 fours, 1 six) to give some respectability to the total.

All-rounder Sonu Yadav (2-18), who took a fantastic running catch to send back Jagatheesan Kousik (10), bowled an excellent final over conceding two runs and claimed three wickets, including a runout to compound Madurai’s troubles.