Mirabai Chanu News Update, Age, Weight, Height, Religion, Biography, Belongs to which State Everything You Need To Know About it 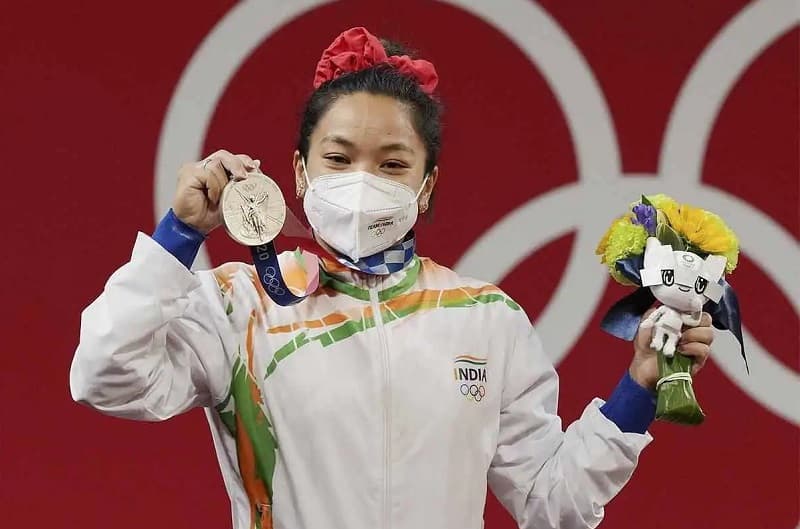 Saikhom Mirabai Chanu is an Indian weightlifter and a winner of the Silver medal at the Tokyo Olympics 2020. She secures the first medal for her country India in the games or Women’s 49 Kg. She is also a winner of the World Championships and various medals at the Commonwealth Games. Check Mirabai Chanu Latest News Update, Age, Weight, Height, Religion, Biography, Belongs to which State Everything You Need To Know About it.

The government of India honors her with the Padma Shri award for her work in sports. Mirabai is the first Indian lifter who wins the silver medal at the Olympics for India. She is also honor with the Rajiv Gandhi Khel Ratna award by the Government of India.

She is the winner of the silver medal in the 2014 Commonwealth Games, Glasgow for the Women’s 48kg category. Check out more details about the Indian weightlifter Mirabai Chanu here on this page.

Mirabai Chanu an Indian weightlifter lifts the spirits. She says she forgot where she was standing while she laughs. It was a thought that she is dreaming.

During her event at the Tokyo Olympics on Saturday, she shows her strength by successfully lifting up four of her six lifts. She smoothly lifts the 110kg in her first attempt itself and it was pretty clear India’s first medal is are in this category.

She is a winner of the national and international awards for her game. The government of India honors her with the highest sporting honor of India and the fourth highest civilian award of India.

Here is a list of all her medals in the games.

Who are Won The Rugby World Cup Finals, Make The List Here, and Who is He Most Successful Team