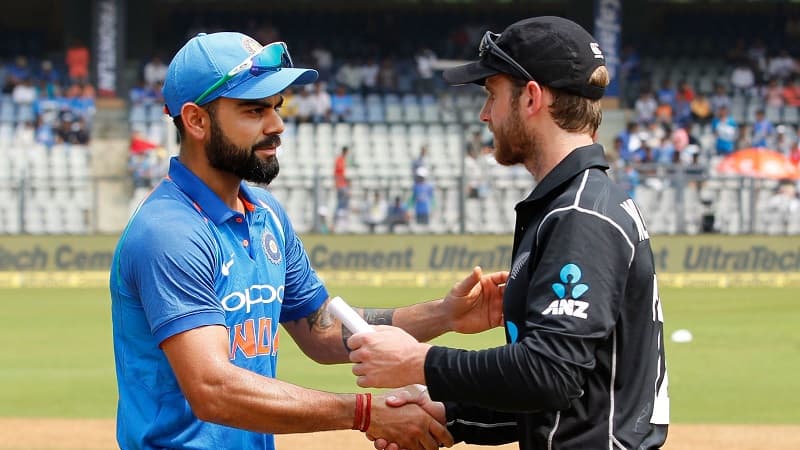 ICC T20 world cup is going on In group 2 Pakistan is in great form, after defeating India and New Zealand. He become one of the most Powerful team.

Next match which is play in between India and New Zealand is do or die match. In Group 2 there are total 6 teams.
India and NZ will fight in next match against each other, they both teams yet to open there winning account.
Winner of IND and NZ will join Pakistan in Semifinals. Let’s see which team get chance to earn a point .

New Zealand wins match then India is in trouble

Indian and Kiwi team play there next match on 31 Oct, in this match if Team India beats NZ then in NZ get 6 points.
It is just assumption that India will manage to beat Afghanistan, Nambia and Scotland if further upcoming matches.
Only In this situation India and Pakistan will again clash on ground in Semifinals, same situation is with NZ if they win then all situation is applicable on Kiwi team.

One of the shocking thing is that Pak beats two high rank teams onw with 10 wkts and other with 5 wkts.
This victory gave them NRR of +0.738 just because of which Pak become topper in Group 2 with 4 points only by playing 2 games.

There is no doubt that in ranking India is higher than NZ, but if we turn back and see performance of both teams then NZ is in good form.
In T20 ICC format they both teams play 16 matches where NZ win 8 and India win 6, 2 matches are tied in these two teams.

By keeping all these stats in mind one thing is clear that upcoming match against Kiwi is not going to be easy for Indian team.