New Zealand vs India: The way to the semi-finals became very difficult for Team in blue 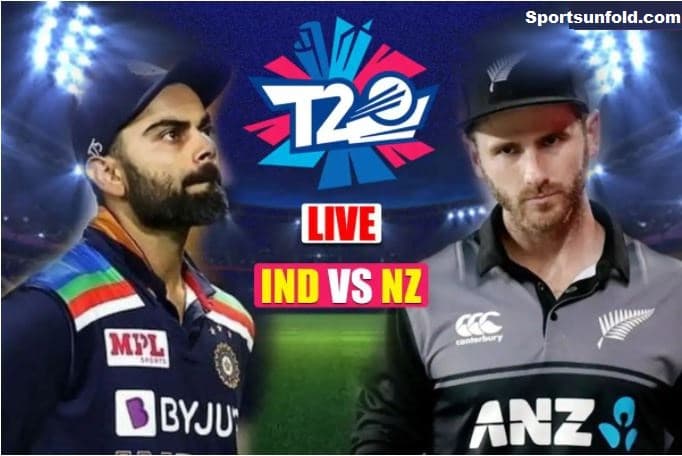 In New Zealand vs India match, team blue loses this match and now it become difficult for the Indian team to reach in semi-finals.

If we talk about the Points table, the Indian team is in the last position in Group2.

After suffering a crushing defeat by 10 wickets at the hands of Pakistan in their first match of the World Cup.

In the second match, the New Zealand team has also defeated India by 8 wickets in a one-sided match.

However, still, if the decisions of the rest of the teams remain in India’s favor, then the team can go ahead.

But given the current performance of India, the chances of this happening are negligible.

On the other hand, if we talk about Group 1, then the England team led by Eoin Morgan is at first place in the points table after winning three out of their three matches.

Apart from this, two-time champions West Indies and Sri Lanka are present at the bottom of the points table with 2 points each.

Finishing in the top 2 is also considered almost certain. At the same time, there is a tough competition between Australia and South Africa for second place.

As we know former winner West Indies is also participating in Group 1.

After New Zealand vs India match points table of group 2

Indian team loses its 2 consecutive matches in this world cup, with wide gap because of which now they are in not in a good position.

Double header matches were played in the T20 World Cup on Sunday. In the afternoon match, Afghanistan beat Namibia by a huge margin of 62 runs.

After this big win, Afghanistan’s team has reached second place in the points table. At the same time, in the second match of the day, New Zealand defeated India by 8 wickets.

With this win, New Zealand’s team has reached third place in the points table with 2 points.

At the same time, after winning three out of three matches, Pakistan’s team still remains in the first place.