NZ vs IRE T20 Series Dream11, Playing11, Pitch and Weather Report, Where to watch this match 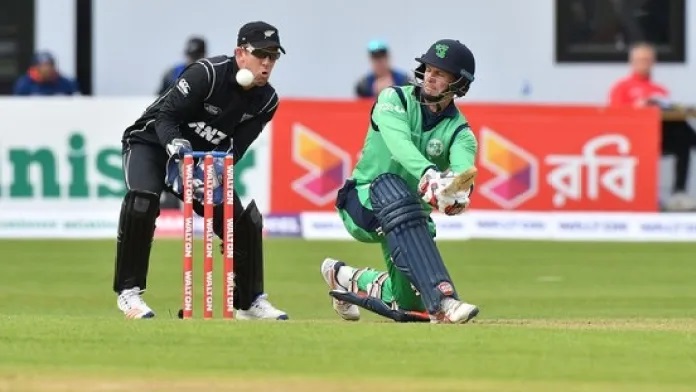 NZ vs IRE T20 match is going to start on 18 July which starts from 8:30 PM IST, In ODI match New Zealand beat Ireland.

Throughout the series, the Ireland team presented a good challenge to a strong team like New Zealand which is a good sign for Ireland cricket.

In the ODI series played between Ireland and New Zealand, the New Zealand team performed brilliantly, beating the Ireland team 3-0.

As we know that this match is an important match for both the teams in the ODI match NZ clean sweeps Ireland.

Nowadays in India and in other countries, people play their matches on Dream11 there they choose their players and play.

In this T20 match we can play with these players in Dream11.

C Campher and M Guptill are good players for captain and Vice-captain of the team respectively.

In the Batting format, we can choose G Phillips, M Guptill, H Tector, and P Stirling.

Just like batters, ballers play a key role so we can go with L Ferguson, M Adair, I Sodhi, and C Young.

For the wicketkeeper of the team, L Tucker is a good choice.

In Allrounder we have M Bracewell and C Campher.

During this match, the sky will remain a little bit cloudy, with a chance of light rain.

The temperature in this match is expected to remain at 14 degrees Celsius.

This pitch of Civil Services Cricket Club is friendly to bowlers. whereas in First Inning it helps fast ballers.

They get a lot of help on this pitch, winning the toss and bowling first will be the right decision on this pitch.

Where to watch New Zealand vs Ireland T20 match

Just like the European Cricket League, all matches of this T20 series are available on Fan code and for further updates, everything is available on SportsUnfold.

Top 10 goal scorers in man UTD of all times