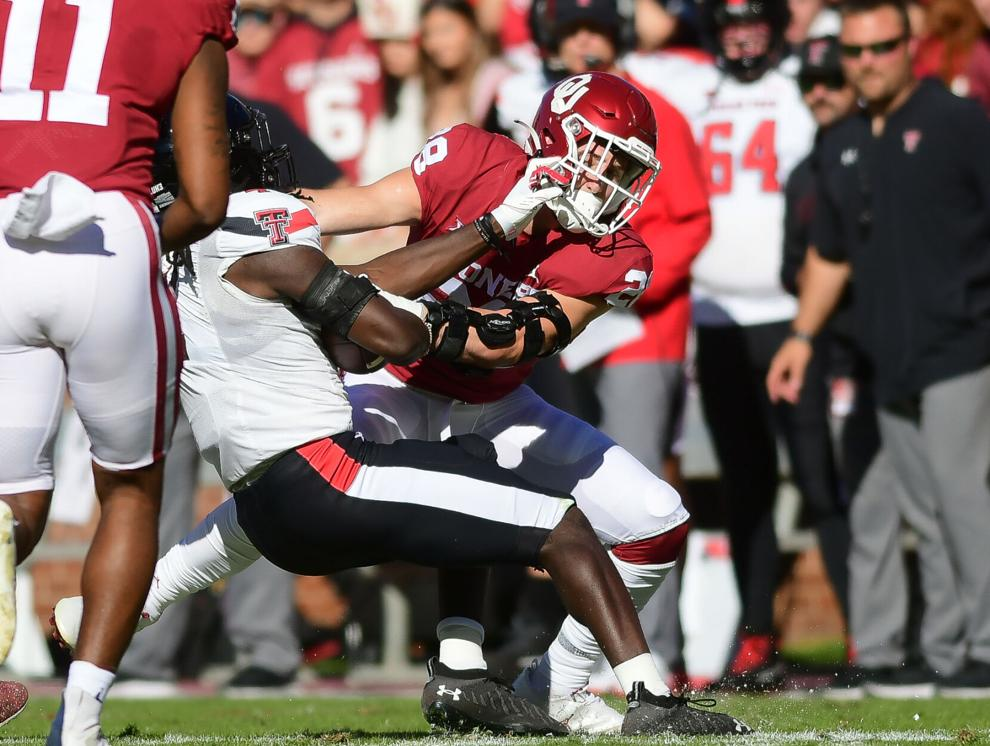 Lubbock provides a gritty venue for the Sooners’ regular-season finale

Lubbock provides a gritty venue for the Sooners’ regular-season finale: This is the first installment of Oklahoma’s schedule for the 2022-2023 season. The Transcript ranks all games by evaluating their significance. They will be ranked on difficulty and entertainment value. Texas Tech is ranked No. 9 in the series.

Last season, Texas Tech ended up with a winning record since 2015. Texas Tech won in the Liberty Bowl.

The Red Raiders finished the year with a 7-6 record. They had a 3-6 record against Big 12 opponents. The team bagged three wins in conference play in each of the last six seasons.

The season did include a couple of close losses. They were defeated by Baylor and Kansas State by a combined four points. The team had to struggle with consistency. They gave away 70 points in a 35-point loss to Texas. They surrendered to the Sooners by 31. The Red Raiders gave away 52 points to TCU in a double-digit defeat.

It provided no help to the head coach Matt Wells. He is now on Oklahoma’s support staff. Interim coach Sonny Cumbie made a 2-3 record the rest of the way.

Joey McGuire entered this season. The first-time head coach arrived in Lubbock. Mcguire spent five seasons as an assistant coach at Baylor. He has a good record of success in the past. But he steps into his first head-coaching gig. He is tasked with leading a program. This program struggled to compete in recent years.

“I know we are in the Big 12. But we are in the state of Texas. And football is extremely important in the state of Texas at all levels,” McGuire said during Big 12 Media Days last month. “I think we have had a taste of it at different times. I am really excited about what we can do with this team. But it is really important to this fanbase to get this team right and to win games. And, man, I am just glad to be a part of it.”

The battle of the Sooners against Texas Tech closes out conference play.

The time is yet to set.

Cameroon’s female rugby players shine a light on the…

Gave away 28 points per game

The Sooners have a 23-6 advantage against the Red Raiders. They had beaten Texas Tech 10 times. This includes a 52-21 blowout last season in Norman.

This year, the Sooners took on the Red Raiders in Lubbock. The Sooners did win five straight games there. The 2 games in Lubbock were settled by seven points or fewer.

The Red Raiders have to navigate this season. McGuire is not the only one starting this year as head coach. There are new coordinators, with Zach Kittley on offense and Tim DeRuyter on defense. Kittley was successful as the offensive coordinator at Houston Baptist and Western Kentucky. DeRuyter is back after a stint at Oregon.

All indications point to a battle to take place during fall camp between Donovan Smith and Tyler Shough. Smith made his appearance in nine games last season. He threw for 1,181 yards and made his record.

The offense has few standout players. The Red Raiders were the only team in the Big 12 to have no selection on the conference preseason team.

But that failed to stop them from averaging 30 points per game last season. The team’s leaders from last season, SaRodorick Thompson and Tahj Brooks can be seen back in the fold.

The defense was at a peak around last season. And this performance is expected again this season.

Road conference games pave hard ways to win. Texas Tech is set to have some extra motivation this season. The Sooners are set to depart for the Southeastern Conference by 2025. But Oklahoma stands out with a clear talent advantage. Playing in Lubbock should be easy for the Sooners.

Top 10 Active Players with the most NBA Championships