The second one-day international (ODI) between Pakistan (PAK) and New Zealand (NZ) will begin on January 11 at the National Stadium in Karachi. Here is everything you need to know about the PAK vs. NZ Dream11 prediction before the game. Pakistan found some solace in the first One-Day International, chasing a competitive total against New Zealand, after a difficult Test season. Babar Azam and Mohammad Rizwan, among others, have found some form with the bat, and they will be eager to lead Pakistan to a second victory.

However, New Zealand is an evenly balanced team that can compete with any opponent. New Zealand will rely on their batting tandem of Devon Conway and Kane Williamson, despite their skilled bowling attack. In Karachi, a cracker of a game is on the horizon as both teams aim for a significant victory at the expense of the other.

In the previous match, Top Wicketkeeper Pick Tom Latham showed signs of form by scoring 42 runs in the middle overs. With an average of 36.43, the southpaw has a respectable record in this format. Latham is a top pick for your PAK vs. NZ Dream11 prediction team due to his recent success in the Test format and ability to play against spin.

One of the best batters in the first ODI was Babar Azam, who scored fifty runs to help his team win. In 93 ODI matches, the Pakistan captain scores an average of 59.87, with 40 scores of fifty or more. In your PAK vs. NZ Dream11 prediction team, Azam is a must-have because he also has a respectable record at the venue.

In the previous game, Mitchell Santner, a top all-rounder pick, showed glimpses of his potential by scoring an 18-ball 21 and allowing only 43 runs in 10 overs. Santner is capable of taking wickets in the middle overs, despite his slightly higher bowling average. Santner is a top pick for your PAK vs. NZ Dream11 prediction team because the pitch is also likely to be a little slow.

Pick for Best Bowler Naseem Shah took five wickets in the previous match, making him the best bowler. Over the course of the past few months, Naseem has progressed tremendously, excelling both with the new ball and in the final overs. Naseem should be a good addition to your PAK vs. NZ Dream11 prediction team because the Pakistan pacer appears to be in good form in white-ball cricket.

After scoring a century in the Test series, Devon Conway has been on fire on this tour. With three scores of fifty or more in 12 ODIs, the southpaw is known for his ability to score big runs. In your PAK vs. NZ Dream11 prediction team, Conway is a good captain’s pick because he is expected to score a big goal at the National Stadium in Karachi.

With an average of close to 60, Babar Azam is one of the best cricketers in this format. He has also been playing well, scoring fifty in the previous game. Your PAK vs. NZ Dream11 prediction team could use Azam as captain or vice-captain because he can score big runs in the top order.

Pakistan scored 255 in the previous match with relative ease, indicating a good batting track. Despite the fact that spinners took nearly half of the wickets, pacers will hold the key, particularly in the final overs. Given the nature of the surface, top-order batters are likely to have a good time. As the match progresses, the pitch is likely to slow down, so batting first may be the preferred strategy.

It is predicted that the stadium will have clear sky. 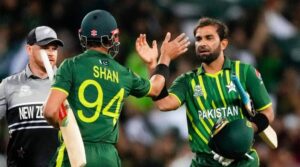 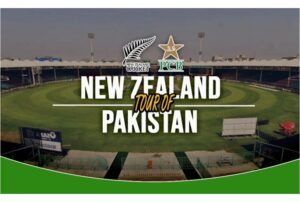