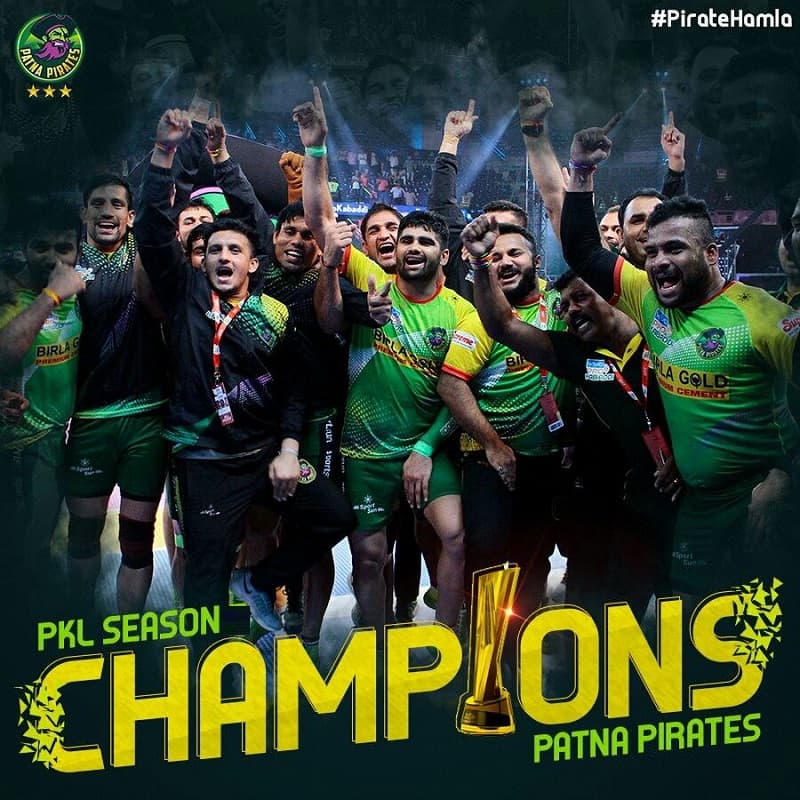 Patna Pirates is a Kabaddi team which is based in Patna, Bihar the team is one of the most successful teams in PKL history it has a record of winning 3 out of 7 titles. Patna is the first team to play 100 PKL matches and the owner of this Kabaddi is Rajesh V. Shah. So check Patna Pirates Players 2022 List.

Patna is one of the strongest and popular teams as they are winning back-to-back matches and winning everyone’s heart out there they gain there more popularity by defeating Jaipur Pink Panthers which is unbelievable. Patna is one of the best teams to make their team, even more, stronger they have to purchase players like Jang Kun Lee, Pardeep Narwal, and some more. So now let’s check out the complete details about Patna Pirates Players List, Captain, Owner, Coach, Team Jersey Details, Team Squad.

Patna Pirates have one of the strongest and smart players in their team and very active one some of them are as follow; Pardeep Narwal, Ashish, Jang, Mohammad Esmaeil, Monu, Mohit, Naveen, Purna Singh, Mahendra, Neeraj, Jaideep, Rajveersinh, Amit, Hadi, Ravinder, Jawahar, Sahil, and Vikas. Jang Kun Lee is the new member who has added up to the team to make it stronger.

One of the popular teams is led by star Raider Pardeep Narwal and the coach of the team is Ram Mehar Singh the team was founded in 2014 they are one of the most successful teams with a history of 858 points. Pirates captain Pardeep Narwal is also a Dubki King. The team always tries their best to do for the team and they never miss an opportunity to give their hundred percent.

As we know the team has some of the best players and most balanced one, Here you can check out the complete squad of Patna Pirates from Season 8.