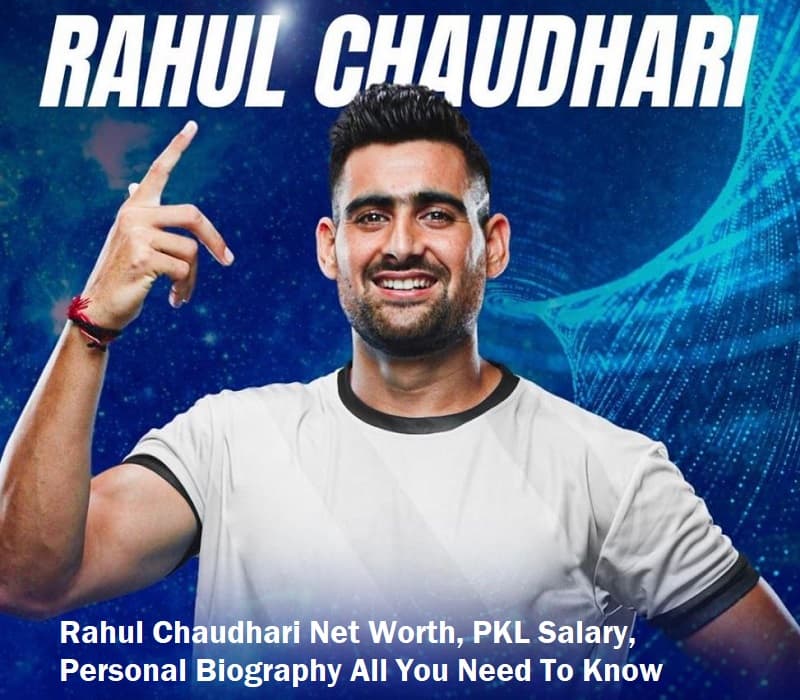 Rahul Chaudhari is a professional Indian Kabaddi Player who is a part of the Indian National Kabaddi Team. He represents team India in the game of Kabbadi at the position of Raider. He started his career in Kabaddi as a Defender however, later he shifts to Raider. Check Rahul Chaudhari Net Worth In 2022, PKL Salary, Personal Biography All You Need To Know.

Rahul takes part in the popular league in Kabbadi that is Pro Kabaddi League while being part of the Puneri Paltan club. He is a winner of a gold medal at the South Asian Games 2016. Check out more details about the Rahul Chaudhari net worth, PKL salary, personal data, and other information here on this page.

Rahul Chaudhari Net Worth In 2022

Rahul is a popular Kabaddi player in the team and also one of the richest players on the team. He plays kabaddi representing the Indian national team in the game.

He is also a part of the popular Kabaddi League in Indian that is the Pro Kabaddi League. His net worth is approximately around Rs. 10-15 crores. However, there might be changes in the net worth of the player.

His major source of income is from the game Kabaddi.

Rahul is one of the highest-sold players of the Pro Kabaddi League. His PKL season income is Rs. 1.29 crores for the team Telugu Titans. Later he was bought by the owner of the team Tamil Thalaivas in the PKL where his salary is Rs. 94 Lakhs.

Currently, he is a part of the Puneri Paltan where he is bought for Rs. 40 lakhs by the team. He will be playing season 8 of PKL from the side of Puneri Paltan.

He becomes the best raider for season 4 where he is a top-scoring raider. Later in season 6, Telugu Titans bought him for Rs. 1.29 crores where has 159 raid points and 7 tackle points.

In season 7 Ramil Thailabas bought him in the auction. Whereas in season 8 Rahul is bought by Puneri Paltan.