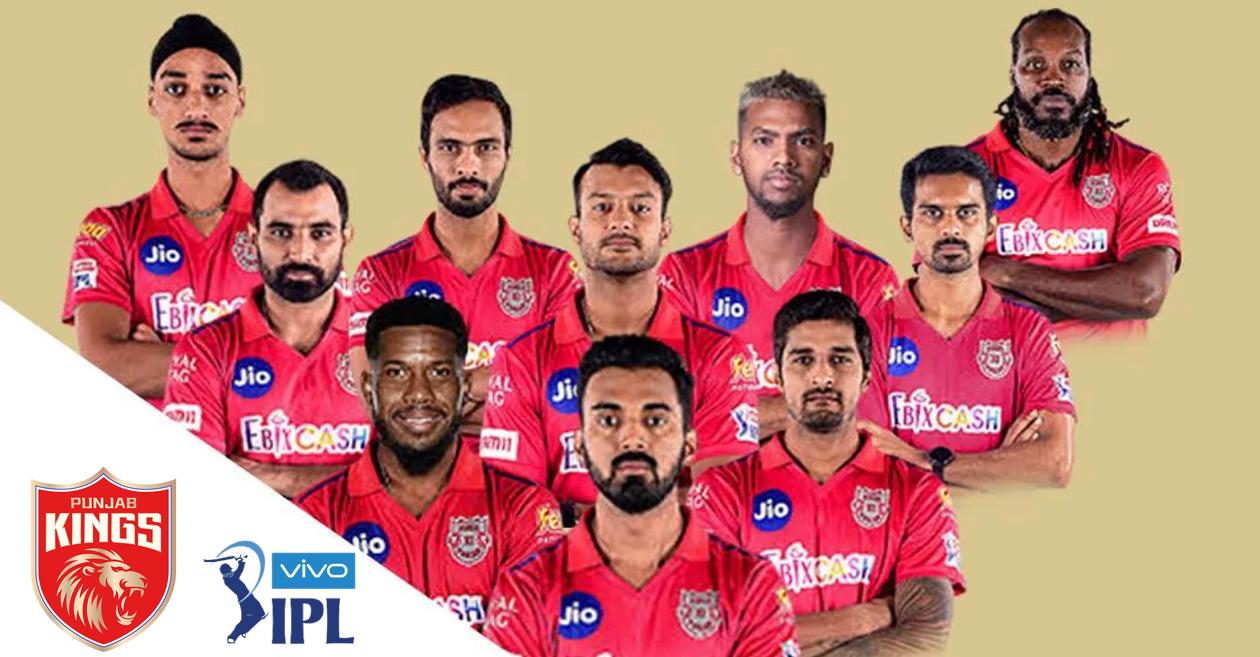 Punjab Kings is all set for the IPL 2021. Previously the team played with the name Kings Xi Punjab. But Recently the owners decided to rename the franchise with Punjab Kings. So it will be an excitement to watch that the new Name will bring luck to the Franchise or not.

India’s Finest Bowler Anil Kumble is the Head Coach of Punjab Kings. The Preparations for the upcoming season is going well for the Punjab Kings. In the 13 Seasons of IPL Punjab Kings (Previously Kings XI Punjab) Reached Finals for only One Time. So this year expectation will high and Players will give their best to make team win.

To make a Strong Squad for the Upcoming Season Punjab Kings Brought Jhye Richardson, Shahrukh Khan, Dawid Malan, Riley Meredith, Moises Henriques, Jalaj Saxena, Utkarsh Singh, Fabien Allen Saurabh Kumar in the Auction. Whereas the complete Squad and Schedule is also available. Please Make sure you check it out below.