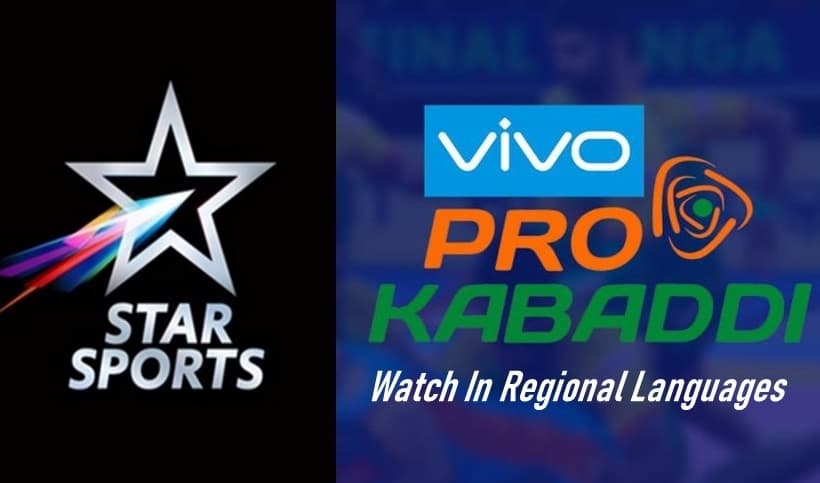 Pro Kabaddi League (PKL) is a popular professional kabaddi league where there are 12 participating teams in the league. It is the round-robin league and playoffs format of the matches taking place in the league. Check PKL 2021-22 Watch Live in Regional Languages, Where.

The sport has successfully completed a total of 7 seasons roll out and it is going to be season 8 in 2021-22. The current champions of the league are the Bengal Warriors however, the most successful team of the league is the Patna Pirates with 3 winning titles.

The tournament will be telecasting on the official broadcasting partners of the league. Check out more details about the Pro Kabaddi League 2021-22 broadcasting in different regional languages here on this page.

Where to Watch PKL 2021-22 Watch Live in Regional Languages?

The live coverage rights of the league are sold to the Star Sports Network. All the matches for the league will be streaming live on the channel. You can enjoy the streaming of the sport in various regional languages in India.

The streaming of the PKL in Hindi will be taking place on Star Sports First (Hindi). The channel will be available for streaming on any of the service providers in India. Another channel that will be providing the telecast in Hindi is Star Sports 1 (Hindi)

Pro Kabbadi League matches will be streaming live in English on Star Sports in SD and HD. Star Sports 3 will be providing live coverage of the matches in English.

The PKL will be streaming in Telugu languages on the Star sports Telugu channel. The Tamil telecast of the game will be on the Star Sports Tamil.

Pro Kabaddi League matches will also be streaming in Marathi for the fans of Kabaddi in Marathi o the Star Sports 1 Marathi.

The matches for the Pro Kabaddi League will also be streaming on the digital platform. The platform that will be streaming the matches lives is Disney+ Hotstar.

You can download the app on your IOS and Android devices and enjoy the streaming of the matches live from anywhere.

For more latest updates about the sports world and more audition details stay tuned with us..!!!