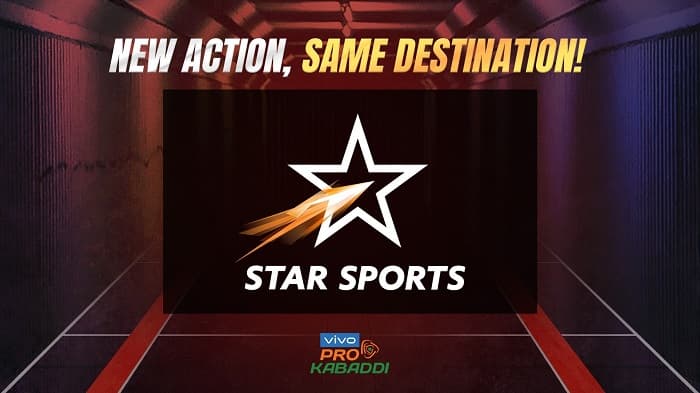 The Previous Season of PKl was held in 2019 when there was no COvid-19 Pandemic. Bengal Warriors give Excellent performance throughout the Tournament. Whereas in the finals of PKL 2019 Bengal Warriors defeated Dabang Delhi and Win Major PKL Title. There will be no Zonal System each team will play against all other teams Twice. So it makes the Pro Kabaddi League More entertaining when Talented players face each other.

Recently the Administrator of PKL Mashal Sports conducted Media Auction for Upcoming Five Seasons. The complete details are officially announced and released on the Official Website of the Pro Kabaddi League. So Star India Successfully bid for the Online Auction. And they retained the Media Rights of the Pro Kabbadi League. So from Season 8 to Season 12 Star Indian has the official Media Rights.

So Kabaddi Fans get ready to catch all the live actions of PKL on Star India. Star India is the Subsidiary of The Walt Disney Company India. The Live Telecast of the Pro Kabaddi league will be available in Various Countries. Stay Tuned with us to Catch the Details related to the TV Channels list of PKL 2021. PKL is the second-most watch League in the Country. CEO of The Walt Disney Company said that Star India is thrilled to retain the Television and Digital Media Rights of PKL. It shows the value of the Pro Kabaddi League.

Along with Live Telecast, kabaddi fans can also enjoy online live streaming of PKL. In India, Hotstar will provide you with the Online Live Streaming of Pro Kabaddi League 2021. First, you need to have a subscription to Hotstar and access the internet to catch Online Live Streaming. Total 12 Teams will play against each other in PKL 2021. So Many Thrilling moments are on the way for Kabbad Fans.