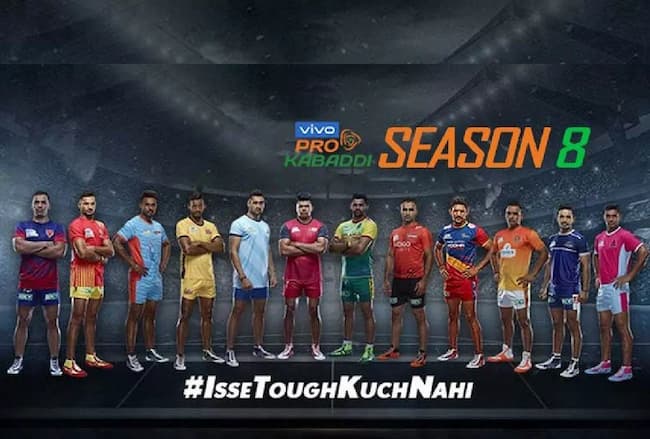 Pro Kabaddi League (PKL) or PKL Season 8 is a professional kabaddi league in India. It is one of the most popular leagues after IPL (Indian Premier League). Now it becomes the biggest sports league with participating 12 teams. Check Pro Kabaddi 2021-22 All Team Owners List.

Patna Pirates is the Most Successful Team in the Pro Kabaddi League (PKL) with 3 tiles. The Bengaluru Bulls, U Mumba, Jaipur Pink Panthers, and Bengal Warriors have won a title each.

Check out the Team owners of all the PKL teams.

Dabang Delhi KC is a venture of DO IT Sports Management India Pvt. Ltd. founded by Mrs. Radha Kapoor Khanna, a creative entrepreneur and the only female team owner in the league, promoting the spirit of “women entrepreneurship.

DO IT Sports Management (India) Pvt Ltd has been incorporated as a part of DO-IT Creations Group with the vision of promoting sports, athletes, sports facilities, and events across India. The company entered the Indian sports eco-system with its first acquisition in the Pro Kabaddi League 2014 with the purchase of the Delhi franchise – ‘Dabang Delhi KC’”.

Gujarat’s very own Kabaddi team in the hugely successful Pro Kabaddi League will ensure that Kabaddi will thrive in the hearts of millions and inspire many more to play the game.

The Sonipat, Haryana-based franchise Gujarat Fortune Giants is owned by JSW Sports, part of the Jindal South West (JSW) Group. They have the backing of India’s foremost sports firm that has mentored India’s finest athletes in the past decade.

The Steelers aim to enrich not only the Pro Kabaddi League but their followers and society at large. Given that they come from a hotbed of talent, the Haryana Steelers stand for resilience, strength, and tenacity.

The Company is headed by Mr.Bunty Walia, one of the leading film producers and Sports entrepreneurs, and Mr. Juspreet Singh Walia.

The firm looks forward to creating awareness around Kabaddi’s rich heritage in the country thereby promoting the sport pan India.

The Mumbai, Maharashtra-based franchise U Mumba is owned by Ronnie Screwvala under Unilazer Ventures Pvt. Ltd.

The UP-based franchise UP Yoddha is owned by GMR League Games Pvt. Ltd.