Salary of Punjab Kings Players in 2021, Who are the highest-paid players in the PBKS Team 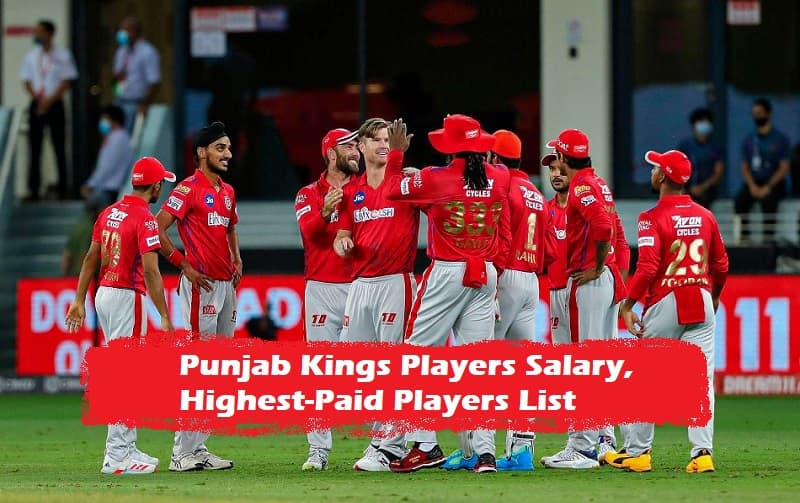 The Punjab Kings (PBKS) is a cricket team based in Mohali, Punjab that plays in the Indian Premier League the team is owned by some of the famous Bollywood personality people like; Preity Zinta, Karan Paul, and Mohit Burman. In the year 2014, the team had topped the league table but finished up as a runner-up, the team had made only one other playoff appearance 13 seasons. Check Salary Of Punjab Kings Players In 2021, Who Are The Highest-Paid Players In The PBKS Team.

The upcoming season is going to be the 14th season where eight teams are going to compete, however, each team has some strong members and so do by the word Punjab you can get to know that their team will have some of the best and strong players who give their best in Premier League and they win the title for their club also the team net worth is approximately Rs.53.20 crore or more than that they use for their players and purchase new players and give them a good amount of money. So now let us check out the complete details about the Salary Of Punjab Kings Players In 2021, Who Are The Highest-Paid Players In The PBKS Team.

As mention above Punjab King is one of the most famous teams with some strong players who are very hard working and always give their best shot in the matches and also they are helpful to each other and support them but each player have a different contract and there are some new members who are added to the team and some old ones are left. So below let’s check out the complete squad;

Kananur Lokesh Rahul who is famously known as KL Rahul he is the captain of Punjab Kings in the Indian Premier League and he also plays for Karnataka in domestic cricket he is a wicket-keeper and right-hand batsman. He was the first Indian to score a century on One Day International debut and the third one to score a century in all three formats of international cricket.

Being such a great player Punjab Kings pay him 11 crores as a wicket Keeper he is one of the most expensive players but one of the best ones he is an all-rounder player and he has a lot of successful titles and they are all set for their upcoming Premier League maybe this is the last year of his contract and he might renew it the other second-highest-paid player is Jhye Richardson is the new member who has come to contract and he will play as Pace Bowlers.