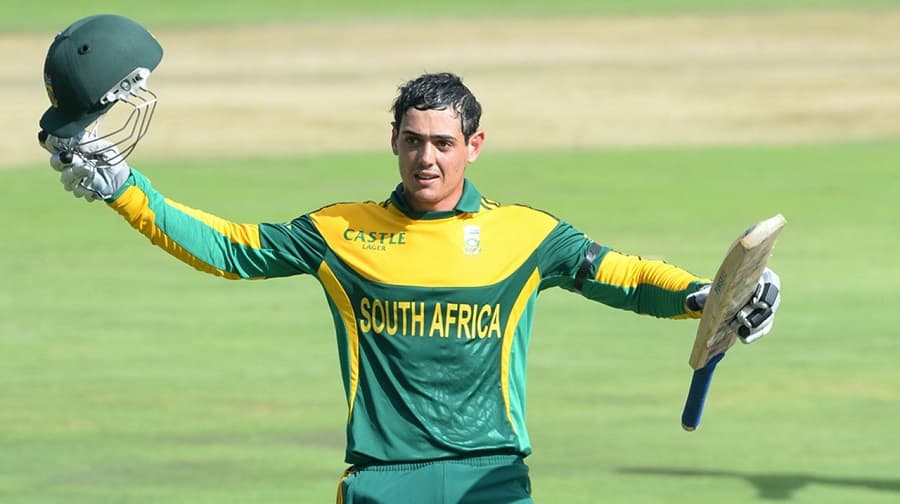 He is a left-handed batsman and his role is of Wicket-keeper. Check out more details about the Quinton de Knock Net Worth 2021, IPL 2021 Price, central contract salary, House all you need to know here on this page.

The test debut of the player started in February 2014 against Australia. His ODI debut is in January 2013 against New Zealand.

His IPL career started with the franchise Sunrisers Hyderabad where he was bought for $20,000. Later he was signed to Delhi Daredevils for the 2014 IPL tournament. His price of selling to the Delhi franchise is Rs. 3.5 crores.

Royal Challengers Banglore brings him in 2017for Rs. 2.8 crores. Recently the Mumbai franchise bought him in the team.

The estimated net worth of Quinton de Knock is around 11 Million dollars. It is approximately equal to 82 crores. His major source of income is from the Cricket game.

However, the other sources of income are brand endorsements and many more.

Quinton de Knock is the player who plays from the Mumbai Indian in IPL. He is one of those 15 cricketers that has been retaining in the Mumbai franchise.

The IPL salary of the player is Rs.2.8 crores.

He is one of the players who has been sold to many IPL franchises. Starting his journey from Sunrisers Hyderabad to Mumbai Indians.

As per the central contract, his current retainer fee is $ 350,000. He currently is playing in the formats like Test, T20, ODI.

The players will also be receiving the bonus of match fees for the individual appearance in the game. The bonus fee of a test match is $4500, for OId it is $1200, and for T20 appearance it is $800.

The South African cricketers got married to his long-time girlfriend Sasha Hurly in September 2016. He is currently residing with his wife in Johannesburg