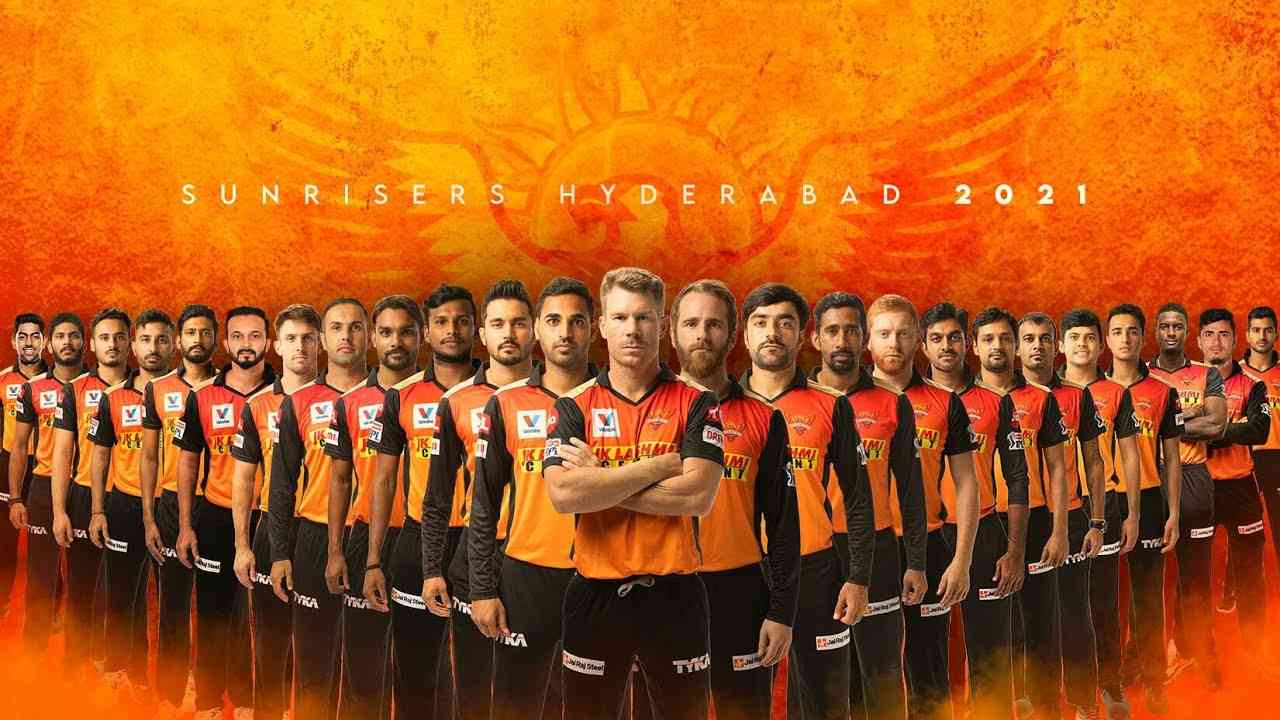 The Most awaited Twenty20 Cricket League IPL is Ready to kickoff its Schedule on 9th March. Whereas Sunrisers Hyderabad will play their first match of IPL 2021 on 11th April. The Match will be played at MA Chidambaram Stadium, Chennai. Star Sports Network will Broadcast TV in India. While Hotstar App will provide the Digital tv the Indian Premier League.

Sunrises Hyderabad is one time Champion of the Indian Premier League. In IPL 2016 SRH faced RCB in the Finals, While SRH Defeated the Inform RCB by 8 runs and win their First Ever IPL Title. In the Previous Season, SRH Enters Into a Playoff and Win Eliminator Match Against RCB. And the team was just 1 Step Behind to reach the Finals. But Delhi Capitals who was in Great form in IPL 2020 defeated SRH in Qualifier 2 By 17 Runs. SRH Finished at 3rd Position.

David Warner will lead Sunrisers Hyderabad in the Upcoming Season of IPL. It will be a great advantage to SRH because David Warner Led SRH to their IPL Title in the 2016 Season. Team also Managed to reach the finals of IPL 2018. But Chennai Super Kings Defeated them and make Comeback in IPL after 2 years of Bann.

David Warner has a chance to make another record to his name in IPL 2021 to Score Fifty 50s. In the IPL 2021 Auction SRH Brought Kedar Jadhav, Mujeeb Ur Rahman, and J Schith to m, make their Squad more Strong. The Complete Team Squad and Players List of SRH are available here. So Make Sure you check it out below.