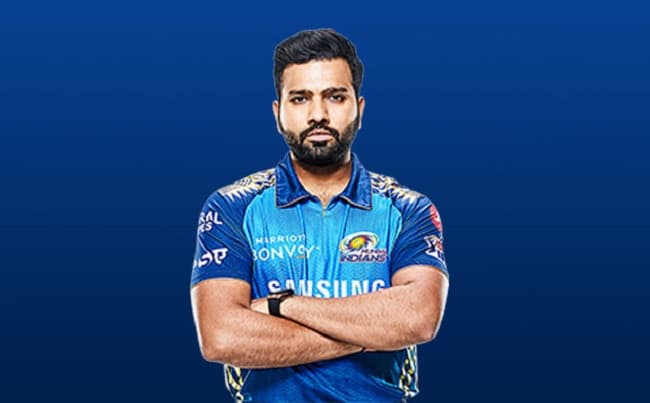 He is the captain of the most successful team of the Indian Premier League (IPL) that is Mumbai Indians. Where the teams have 5 winning titles of the league under the captaincy of Rohit Sharma. He is one of the highest-paid cricketers on the Indian cricket team and has a very successful cricket career.

He is record holder as the only batsman to score a century in both the innings of a Test on his debut as a opener also holds a record for scoring three ODI DoubleR centuries.

Rohit Sharma comes under the category of A+ in the BCCI Annual contract and he received Rs 7 crores as he is an important player in the Indian team in all the formats of the matches.

He is one of the highest-paid players in the team of Indian Premier League (IPL) where his fees are Rs. 15 crores as he is the captain of the 5 times title winners of IPL Mumbai Indians.

His fees for the test match are Rs 15 lakhs per match, 6 lakhs per ODI match, and 3 lakhs per T20 match. Apart from this, he receives several bonus cash prizes, etc.

Glenmark Pharma signed Rohit Sharma as the brand ambassador for its variant on March 5, 2021. It is a major drug manufacturing organization.

Rohit Sharma is the main face of advertising of the leading beauty and accessory brand VEGA from October 2020.

Rohit Sharma is the brand ambassador for Oakley since August 2020. It is a sports eyewear brand Oakley where Rohit dons his looks on the ground with their eyewear.

Noise is an Electronics brand popular for its sound quality. The brand signs Rohit Sharma as the brand ambassador since January 2020.

CEAT tyres are tyre manufacturers where they are also the bat sponsors of Rohit during the matches. It was in the year 2015 they were into the bond for Rs 3 crores per annum. In 2018 the association renewed their bond for the next three years.

Rohit Sharma signed an agreement with Adidas in 2014 for 300 thousand dollars Adidas. The agreement further was till 2019.

Rohit Sharma took up as the brand ambassador for Massimo Batteries on January 2020.

La Liga is a Spanish football league where Rohit Sharma is a part of the Indian brand ambassador towards 2019. He is the first non-footballers to endorse the brand in the league.

Rohit replaces Kareena Kapoor as the main face for the Rasna International in 2020.

Rohit advertised for the fashion wear brand in December 2019.

Apart from these are various other brands where he has been a part as the face of the brand, brand ambassador