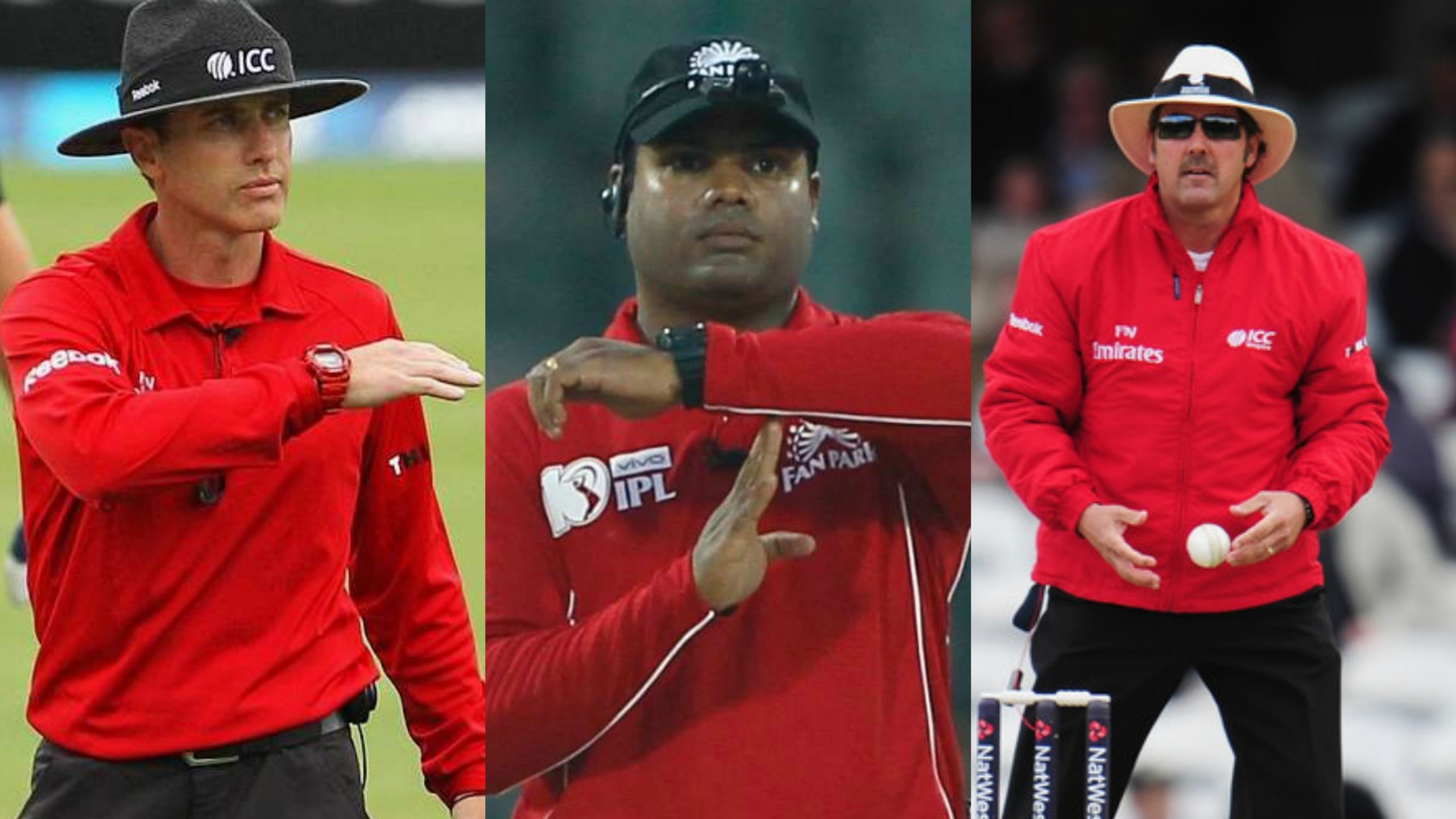 The umpire is the person who has the authority to make judgments on the Feild. Whereas there are Two On Field Umpires who give Decisions. The Previous season of the IPL has to shift to UAE Because of the Covid-19 Pandemic. All matches played behind closed doors. Safety Measures was taken in every match of IPL 13.

Umpires Plays Important Role in the Smooth Conduct of Matches. WHereas the Umpire Decision is the Final Decision no player can Oppose That. While umpires have the advantage of Thrid Umpire to give Undoubtful Decisions.

There are Two Grades Elite Panel and Development Umpires. So the Basic Salary of Elite Panel Umpire is ₹1,98,000 while Development Umpires is ₹59,000. Indian Premier League Season 14 Umpires are sponsored by Paytm. Therefore Each Umpire will Receive the Sponsorship amount of ₹7,33,00 at the End of the Season.

Richard Illingworth (Eng), Paul Reiffel (Aus), and Christopher Gaffaney (NZ) are Comes Under ICC’s Elite Panel. Whereas Nitin Menon is the 4th Indian to be included in ICC’s Elite Panel List. While Anil Chaudhary, C. Shamshuddin, S. Ravi, Vineet Kulkarni, and Ulhas Gandhe comes under BCCI’s Elite panel. All of the Above Umpires will get ₹1,98,000 Basic Salary. Others come under Development Umpires and will get ₹59,000 Basic Salary.