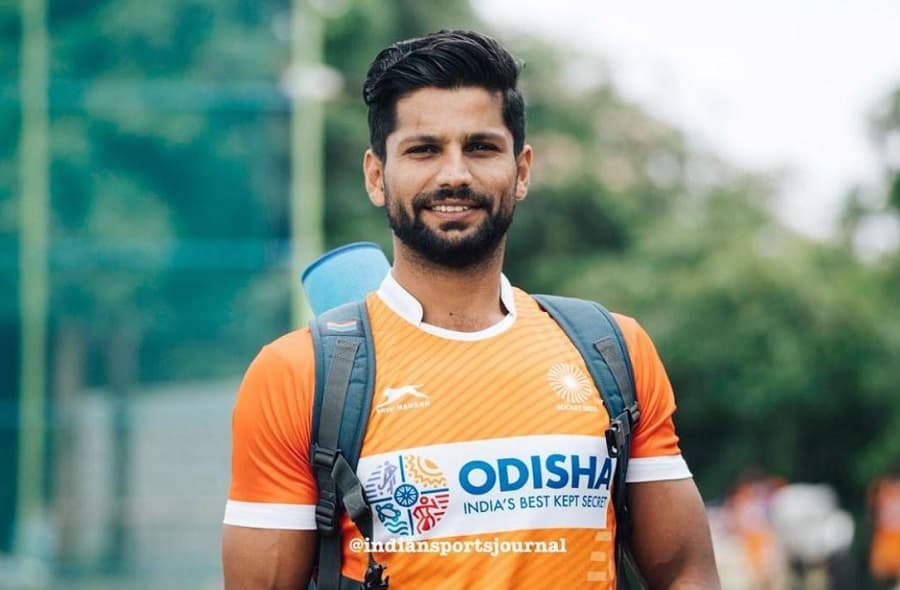 Rupinder Pal Singh is a professional field hockey player, who currently represents India in the Indian Hockey Team. He plays as a fullback and is known for his abilities as one of the best drag flickers in the world. He has represented India in the 2014 Commonwealth Games at Glasgow, Asian Games at Incheon, 2016 Olympic Games held at Rio de Janerio. Check Rupinder Pal Singh Wiki: Age, Height, Biography, Carrier, Achievements Everything You Need To Know.

Rupinder has been a very versatile player he has been one of the most hardworking people, he started his hockey career when he was eleven and he made his first debut in 2010 in Sultan Azlan Shah Cup in Ipoh, he has always given his best performance and prove everyone. The Pal is an inspiration for the upcoming generation. So now let’s check out the complete details about SINGH Rupinder Pal Wiki: Age, Height, Biography, Carrier, Achievements Everything You Need To Know.

Early Life; Rupinder father Harinder Singh was also a hockey player from Punjab and him also to runs a small business but due to some other problem and the financial issue he has to face some losses but his father dream has come true as his son is playing now at the age of eleven he was picked the hockey stick and started his career since then there is no back. Not Only his father was facing problems even his elder brother as they were facing some issues his brother think to do a job and fulfill his family’s needs but then they saw a passion in Rupinder.

Hockey Journey; In 2011 at his primary stage he achieved his career first hat-trick against Britain he was part of the Blue team for the Sultan Azlan Shah Cup in 2010. Where he secured gold it was one of the big steps for him and even, later on, he fills the absence of Sandeep Singh and he became the significant player of Aisa’s men hockey Championship Trophy.

Lately, he has been participating in more tournaments and representing the India team but for a long, we are not seeing him consistently in any match. So stay tuned for recent upcoming Updates.

Every player has their own ups and downs or some rough patch time, Rupinder was also injured in 2012 but he quickly came back and was included in the match series against South Africa and he was one of the top scorers in the Asia Champion Trophy. His comeback was very strong and full of energy as he scores six goals in Aisa Men’s Hockey which led India to win Silver. In the years 2014 and 2015, he was in Men’s FIH Hockey World League where he won Bronze Medal, and from that point, there was an on and off the team.