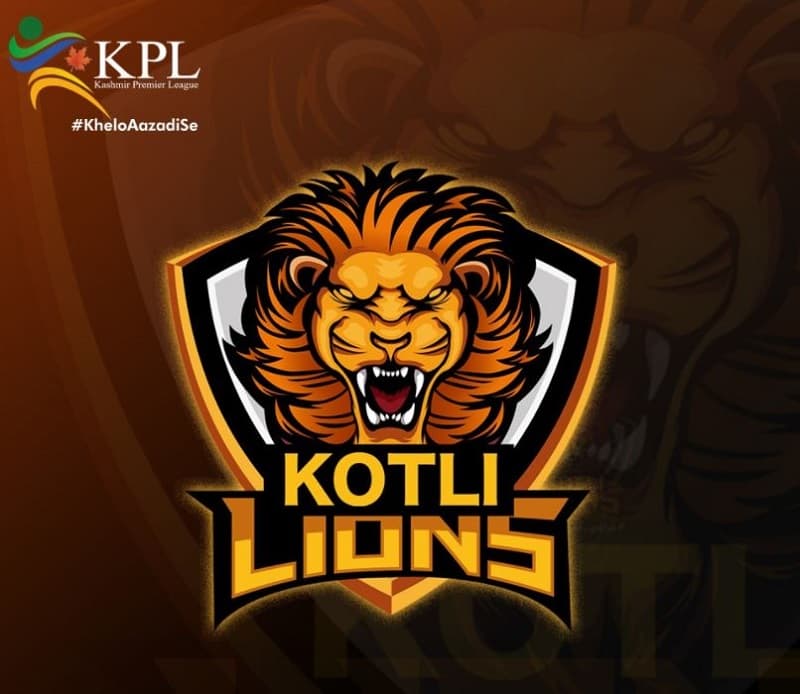 The Inaugural Season of Kashmir Premier League will feature Six Teams. Overseas Warriors, Muzaffarabad Tigers, Rawalkot Hawks, Bagh Stallions, Mirpur Royals, and Kotli Lions. The Overseas Warriors will represent Overseas Kashmiris. While there five Teams will represent Cities based in Azad Kashmir. These Six teams will face each other, the top four teams will advance to the Playoffs. Whereas the Administrator of Kashmir Premier League 2021 will reveal the complete schedule and fixtures of 1st Season.

Kotli Lions named Fakhar Zaman as Icon Player of the team. He will lead Kotli Lions in the inaugural season of the Kashmir Premier League. Monty Panesar will be the overseas Player of Kotili Lions. All the six teams of KPL should include at least five Emerging Players. Abdullah Syed, Syed Haashim Ali, Hassan Raza, Yasir Jan, Abdul Rehman are the five emerging players of Kotli Lions. Abdul Razzaq is Head Coach of Kotli Lions. The team will represent Kotli in the Inaugural Season. Whereas the fixtures of Kotli Lions for KPL 2021 will be out very soon.