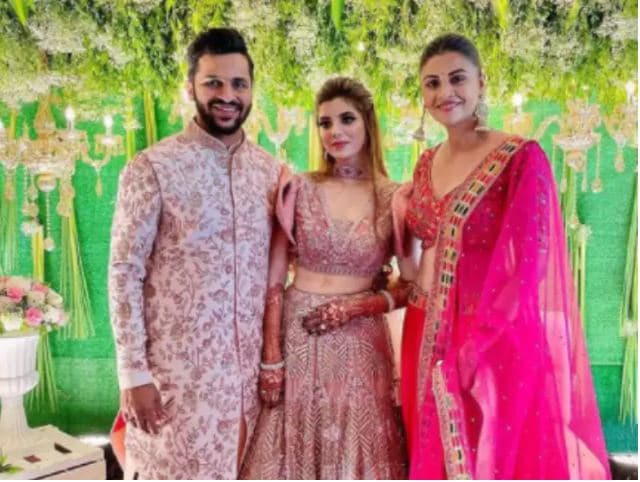 Team India’s fast bowler Shardul Thakur is now about to enter a new life. This Mumbai cricketer got engage.

He get engage with his long-time girlfriend Mithali Parulkar on 29 November. Just before them, Shreyas Gopal tie the knot to his girlfriend.

The program took place in Mumbai Bandra-Kurla Complex in the presence of their close family members. About 75 people came for the engagement.

Engagement of Shardul Thakur with his longtime Girlfriend

According to the report of The Times of India, Shardul reveals that he will get marry after the T20 World Cup to be in Australia next year.

Shardul Thakur, who was part of Team India in the T20 World Cup, is in rest for the ongoing series against NZ which is reveal by BCCI. Shardul, who rocked Australia and England with the ball and bat.

He played for Chennai Super Kings in IPL 2021, taking the most wickets for the team, and played an important role in making CSK the champion.

Shardul belongs from Palghar, a suburban area of ​​Mumbai. He made his debut in limited-overs cricket for Team India in 2017. He has also been a member of the Ranji Champions team of Mumbai.

During the tour of Australia and England in Tests, he garnered a lot of accolades by hitting half-centuries in difficult conditions. Shardul had an entry in Team India in 2017.

During school days, he has also done the feat of hitting six sixes in six balls on the cricket field. Shardul has taken 14 wickets in Tests, 22 in ODIs, and 31 in T20s.

After the world cup which is schedule in Australia next year, they both get marry to each other.