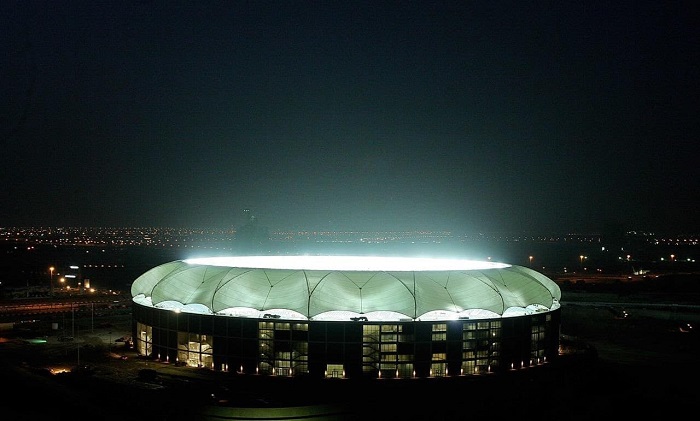 In 2021 most IPL matches were played at this stadium and also now the second leg of IPL is scheduled over here, a total of around eight matches will be played.

The weather and the pitch of the match are awesome and it doesn’t cause any problem for the team or players and even the audience enjoy it. So now let us check out the complete details about Sheikh Zayed Cricket Stadium Pitch Report, Boundary Length, T20 Record, Location, Capacity.

Talking about the pitch of stadium is not much different as of other stadiums in UAE it is very similar. It is dry and humid weather, also little grass for less bouncing of the bowl and for the low pace of deck.

Also sometimes it becomes difficult for the person who is batting to judge their opponent’s bowling styles, it is not an easy task and they find it difficult to play a shot. Whereas to make scoring runs or boundaries is also not very easy as it seems.