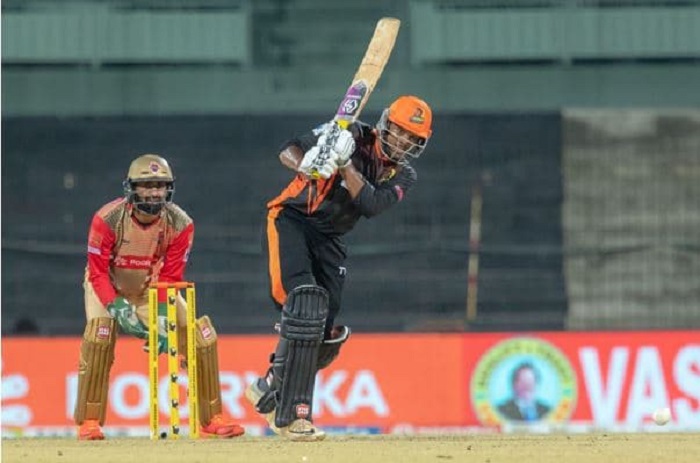 Chennai, August 17: The Shriram Capital Tamil Nadu League was as competitive as the previous seasons of the tournament and threw up its share of excitement and stirring displays. But five youngsters stood out, dishing out remarkable performances. A look at what makes them special.

Easily the find of the tournament. Playing his first TNPL, Sai Sudharsan showed remarkable ability to anchor the innings and step on the accelerator at the death. The 20-year-old has risen through the ranks having represented Tamil Nadu Under-19 teams. Son of former India athlete Bharadwaj and volleyball player Usha, Sai Sudharsan looks destined to carry the family legacy pretty well.

Expert speaks: “Before the tournament, I said he’s the youngster to watch out for. He’s been fantastic, the routines that he goes through, and the mindset that he is in. No one needs to disturb him right now and he just needs to go with the flow, continue his routines and do well”

Another debutant who made a mark in the later stages of the league. That 22-year-old carved out a niche for himself in a team of superstars speaks volumes about his ability. He was dismissed for zero in his debut match but he showed he was made of sterner stuff by notching two successive fifties to help Chepauk attain respectable totals.

Expert speaks: It’s been very commendable from someone like him because if you see his first game he got a zero. As a young kid to have that at the back of his mind and to come out and bat the way he has batted makes me very happy and I’m mighty pleased with the way he’s gone about it.

This 21-year-old was among the top guns who were instrumental in Trichy’s dream run in the tournament. A crisis manager who troubled the best of attacks with his resilience. He paced his innings remarkably well especially when Trichy had to chase down tricky totals.

Expert speaks: He’s a fantastic cricketer and a talent for the team as well as for Tamil Nadu, I think he will reach greater heights in the years to come.

This tall fast bowler grew in stature as the tournament wore on. He was at his best in the death overs befuddling the batsmen with his slower and angling deliveries. The 23-year-old, who moved to Chennai from Chandigarh to further his cricketing career, has taken giant strides towards achieving his goals with his displays in his first TNPL. Expert speaks: Gurjapneet is a highly skilled bowler. He has some good swing and seam off the wicket and a slower one which has been very hard to read. He has the

skills and ability to play at a higher level as well but he’s a little raw so he needs to work on fitness, game awareness because he hasn’t played much cricket but he’s very talented and skilled.

In a tournament that has a surfeit of left-arm spinners, this 21-year-old from Thiruvallur sparkled with his bowling displays. In his first over of the tournament, he claimed three wickets of his first four balls and never looked back. That he was Trichy’s best slow bowler and second-best in the tournament is an indicator of the progress he made in the event. Not to forget his agility on the field where he plucked brilliant catches.

Expertspeak: All players are extremely goal-oriented and especially Mathivanan who just works on the instructions from the coaches and performs

New Zealand tour of Pakistan 2021 Schedule, Squad (Sep 17 – 03): Where to Watch Live On TV and Streaming online in India?