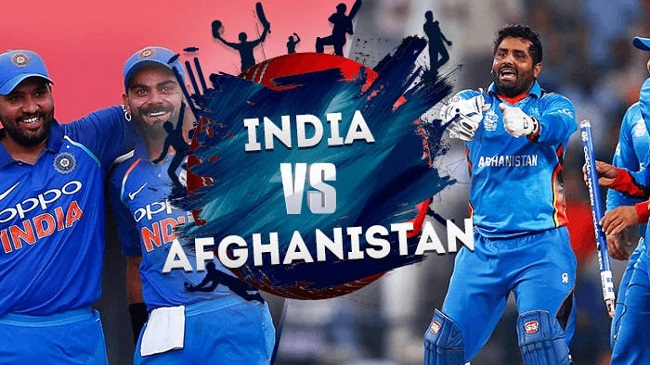 In the ongoing T20 world cup, India loss its two consecutive matches, and now they are going to play their 3rd do or die match.

This is the 31st match of this tournament which is played in Abu Dhabi. Indian team needs to win this match at any cost, to reach in semifinals.

Here in this article, we tell you about the predicted XI of this match. Most important thing is that is Ravichandran Ashwin gets a chance in this match or not.

If the Indian team beats Afghanistan then it’s not easy for Team India to reach in the semifinal. for this Afghanistan, the team has to beat New Zealand in their next match.

Apart from all these things Team blue has to win matches against Scotland and Namibia in the upcoming days.

In the last few matches Captain Kohli lost tosses and because of which in this match toss winning toss plays a key role in deciding the winner of the match.

Predicted XI of this match

KL Rahul– Rahul improve his performance in the last few months, and now he Is in form. In IPL he destroys bowling attacks of all bowlers.

Rohit Sharma– Hitman Rohit Sharma is known for his double centuries but not in T20. He is an opener of team India, Ishan Kishan can also do opening in a match with him.

Virat Kohli-  Captain of team India has made many records but in the ongoing tournament his performance is not up to mark.

He comes in 3rd position and his performance against top-class spinners, let’s see in Afghanistan match against which bowler he prove himself.

Suryakumar Yadav- Afghanistan has a good bowling lineup. against which Yadav is an x-factor. In the batting unit, he provides strongness.

Ishan Kishan-  This young Indian player is not playing in a match, in a team he can take place of Hardik Pandya.

Rishabh Pant-  This young Indian Wicketkeeper take place of MS Dhoni in the Indian Team. Against New Zealand, he is seen as struggling.

Apart from all these things in the match against Pakistan he plays very well. As a fan of team India, we expect the same against Afghanistan.

Ravindra Jadeja- In the last match his performance is good he picks some wickets. not only this he scores the highest runs.

In the next match, we expect the same from this player. Against Pak, his performance is not good.

Shardul Thakur- There is more expectation from this young cricketer but he doesn’t prove himself in the last two matches.

Ravichandran Ashwin- Ashwin has the experience needed to perform in the next match like this one. He should walk into the playing XI in place of Varun Chakravarthy.

Bhuvneshwar Kumar- After losing two consecutive matches in the next match against Afghanistan maybe he can take place of Mohammad Shami.

Bhuvneshwar Kumar’s performance in the T20 format is that he totaled play 52 matches and took 50 wickets with an average of 25.6 and score 57 runs.

Jasprit Bumrah-  boom boo Bumraah against New Zealand he took 2 wickets when batting lineup of India get disturb he handle that situation patiently.

He is a key player of the Indian team against Afghanistan in this T20 World cup.