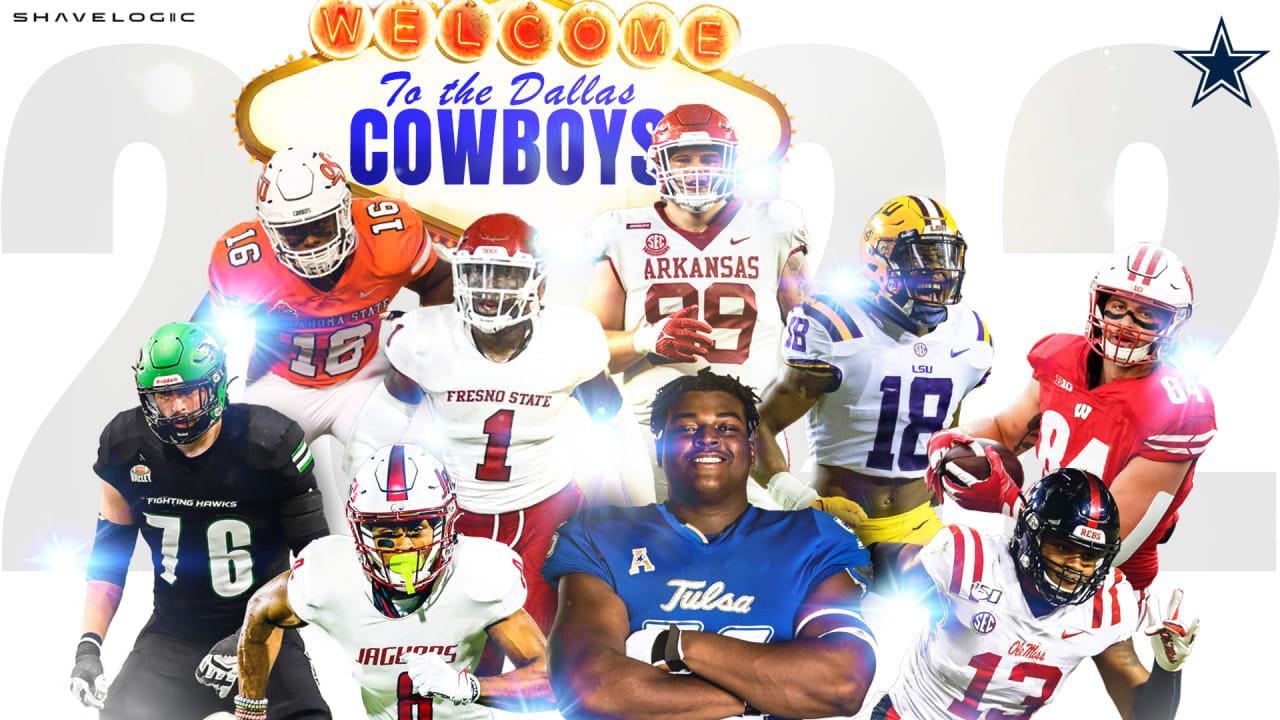 They got the opportunity in the draft to clarify the weaknesses of their roster.

Dallas picked the following players for the 2022 NFL Draft:

Check the Round wise picks first-

He is playing with Tulsa. Tyler Smith made his first team of all AAC in 2020. The second team of all AAC made by him was in 2021. The Dallas Cowboys finally picked him to fill the gap. Well, that was expected as a changing offensive line with the guard. Better to say a particular problem spot.

Sam Williams got impressed with Ole Miss in the year 2021. After this, he made the first team of all SEC. Williams recorded 10.5 sacks in that particular season. He broke the record for his team. There is so much more to expect from him.

Jalen moved out of South Alabama. He will get added to the group of wide receiving corps. The Cowboys actually lost Amari Cooper, Cedrick Wilson, and Malik Turner this season. Tolbert is expected to add depth to the depleted position. Tolbert was identified as the Sun Belt Offensive Player of the year in 2021. We expect he could be one of the breakout stars of the season.

Ferguson moved out of Wisconsin. He made the first team with all Big Ten in 2021. Jake had 46 passes for 450 yards. In addition to that, he had three touchdowns last year. Honestly, Ferguson is versatile yet excellent as a run blocker.

Matt is expected to turn as a backup. We need to agree that his potential is massive, quite literally. He measures 6ft-8″ and weighs 312 lbs. Waletzko will be like a project player. Well, that explains the reason behind the Cowboy’s selection of him so late in the draft.

The cornerback position is not something so urgent for the Cowboys. Bute here DaRon Bland will be like insurance on Kelvin Joseph’s legal perils can mount. Last season, he experienced two interceptions. He also had five pass breakups with Fresno State.

Clark was the first-team ALL-SEC choice. But things are not in his favor as Damone Clark is expected to pass this season. The reason is his back injury.

Perhaps he is the one who is on the availability list at this point of the draft. Keeping his potential in mind he could be an ultimate player for the future of the Cowboys.

John Ridgeway enjoys exceptional physicality. Well, that turns him ideal for stopping the run. He is an ideal fit for the team that got bullied in the playoffs. It was by the 49ers.

Harper had 6 sacks in the last season. But despite getting picked at the later stage, he might be in line, to begin with, for a few games this season.

The Cowboy drafts look more reserved and cautious compared to the earlier ones.