The first game of this year’s TNPL has been abandoned 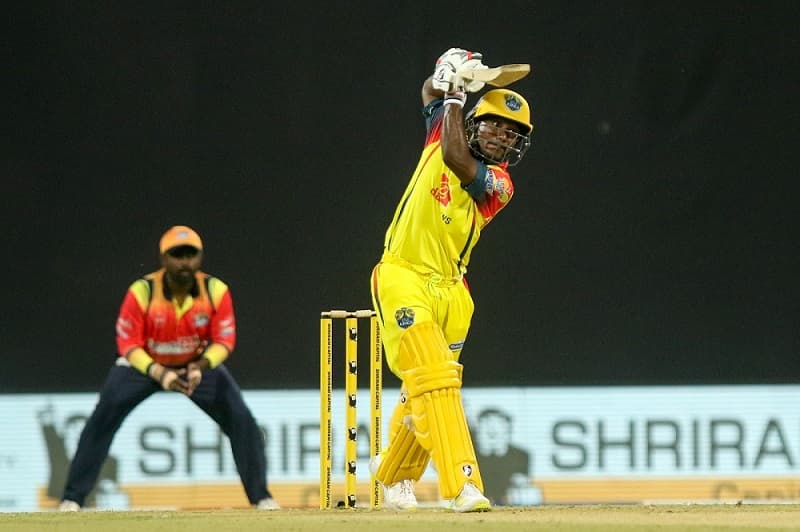 The 20-year-old left-hander smashed 87 off 43 balls to power Kovai Kings to a strong 168 for 5 in 18 overs before rain interrupted the proceedings.

The former Under-19 Tamil Nadu captain, playing his first TNPL game, took to the crease as a seasoned campaigner with his elegant strokeplay. He smacked five sixes and eight fours, capitalising fully whenever the bowlers erred.

Sudharsan was ably assisted by opener Kavin Ravi (33 off 41 balls), who hung in there gamely, as together they raised 121 runs for the second wicket in 74 balls. While Sudharsan was all elegance, Kavin struggled to get going, managing just two fours. He survived a close call when he was dropped on 11 by Selvakumar Abishiek at extra-cover off Ganeshan Periyasamy.

Earlier, another left-hander V Ganga Sridhar Raju set the tone with a stroke filled 33 off 20 balls (4 fours, 2 sixes) after Spartans’ captain Daryl Ferrario won the toss and put the opposition in. The 28-year-old opener crunched 20 runs from fast bowler B Praanesh’s first over- second of the innings, before holing out to Akshay Srinivasan at mid-off off left-arm spinner M Ganesh Moorthi.

Periyasamy (2-18) lived up to his billing as last season’s man of the series by applying the brakes on the Kovai Kings innings, claiming two prize scalps in succession with slow off-cutters. First to go was the Lyca captain M Shahrukh Khan (1) failing to connect properly and Vijay Shankar, running in from long-on completing a smart catch. Next ball, dangerman Sudharsan holed out to Ferrario at long-on. In the same over, Murugan Ashwin darted in from a backward point to run out Uthirakumar Mukilesh (1) with a direct hit.

No sooner than the over was completed it started pouring and players rushed to the pavilion.

All Lyca players sported a black armband in memory of their teammate Prasanth Rajesh, who passed away in October last year after a sudden heart attack.

Meanwhile, Lyca spinner Sivanandam Anandakumar was ruled out of the tournament earlier in the day following an injury he had suffered during training. He will be replaced by leg-spinner C Shriram.

On Tuesday, defending champions Chepauk Super Gillies will take on iDream Tiruppur Tamizhans. Tiruppur suffered a blow on Monday when their star player Dinesh Karthik ruled himself out of the tournament citing personal reasons. He has been replaced by all-rounder B Rishikanth.