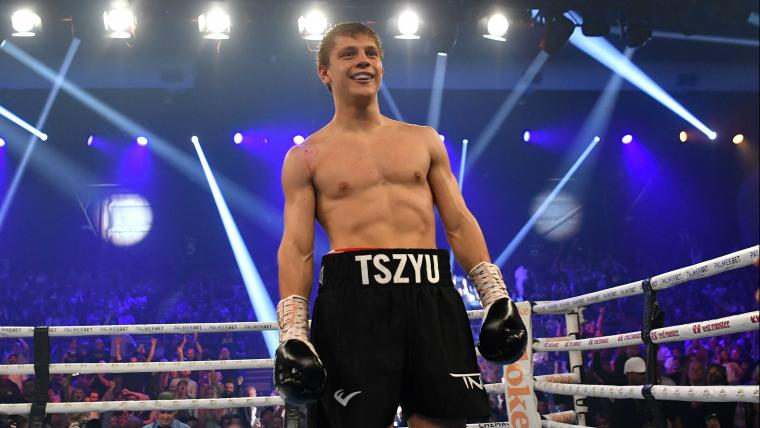 The next fight of Nikita Tszyu: Everything you need to know about the bout with Ben Horn. One of the most alluring prospects in Aussie boxing will step back into the ring in July when Nikita Tszyu faces Ben Horn who is the brother of former world champion Jeff.

The youngest brother of Tszyu and son of former undisputed lightweight champion Kostya, is 2-0 as a professional and is already impressing his fans with his power and finishing prowess.

Ben Horn is a 4-4 as a professional and is much like his brother – tough as teak and will look to take the fight to Tszyu.

Tim Tszyu and Jeff Horn fought back in August 2020. Tim Tszyu came away with a TKO victory in what turned out to be Jeff Horn’s final fight.

Nikita (2-0, 2KO), who has been in his stellar form, has struggled to find opponents to face him, implying the unwillingness of fighters to face him.

Ben (4-4, 2KO) was the only one who answered the call to face Tszyu in what will be the second chapter of the Tszyu v Horn family rivalry story.

Horn is looking to rebound from a controversial split-decision loss of the Australian welterweight title in April to Ben Kite and Tszyu hopes to continue his unbeaten streak.

In 2020, older siblings Tim Tszyu and Jeff Horn fought for a total of eight rounds before Tszyu was awarded the win by technical knockout after Horn was unable to face him in the ninth round.

The two professional fights that Nikita had ended in quick succession, lasting just over two rounds, with his ferocity and brutality too much for his opponents to tackle.

However, despite the ferocity with which Nikita faces his other fighters, manager Glen Jennings believes that there is no one ready to step up to the plate, meaning Nikita is without matches from time to time.

Horn and his team picked up the phone immediately and quickly accepted the challenge to take down Nikita who is one of the in-form competitors in the light-middleweight division.

The trainer Glenn Rushton of Horn, who had already coached Jeff to his victory over Manny Pacquiao in 2017, understands that the challenge ahead of Ben is huge.

“We realize the challenge in front of us here,” Rushton stated.

“But with great risk comes great opportunity. One thing I’ll say about Ben Horn is that he has got more balls than the Australian cricket team. He really is a tough guy. I have seen Ben and Jeff go hammer and tong, toe for toe.”

“He never took any lip from Jeff and he certainly has no issues with stepping in the ring with Nikita either. He is a really tough guy, he is your typical tough tradie. We have got the butcher versus the hunter, that sounds like a bloodbath to me.”

It is a quick turnaround of just over two months from the last fight of Tszyu, while Horn is also active, having last fought in April.

For 2023 The Dolphins Signed Kodi Nikorima