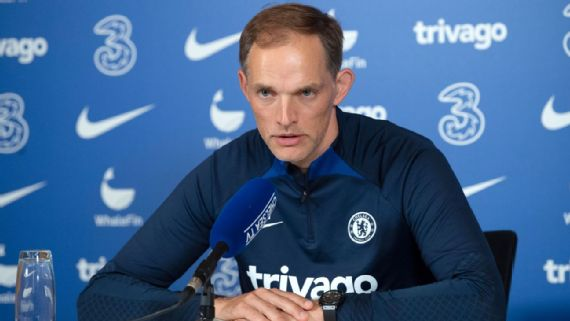 Thomas Tuchel backs Chelsea’s transfer activity after ‘panic’ accusation: Thomas Tuchel has responded to allegations that Chelsea is “panicking” during the transfer window by stating that the club has just sealed a deal to acquire Brighton defender Marc Cucurella for the price of £63 million.

While attempting to close the gap on Manchester City and Liverpool at the top of the Premier League standings, the head coach of Chelsea is eager to add reinforcements to the team as they search for ways to fill the void left by the loss of the center-back duo Antonio Rudiger and Andreas Christensen on free transfers.

Before the sale of Chelsea was finalized in late May, the club was unable to enter into negotiations to sign new players or renegotiate contracts with existing squad members. This was because the United Kingdom government had imposed sanctions on former owner Roman Abramovich that were related to the sanctions.

As a result, the club has been forced to scramble in the market, although Marcos Cucurella has become Chelsea’s fourth summer signing in a deal worth an initial £56 million with £7 million in potential add-ons, and Levi Colwill has gone the other way on a season-long loan. Both deals are worth a total of £67 million.

Raheem Sterling, Kalidou Koulibaly, and Carney Chukwuemeka are among the players that Chelsea has already brought in, and other signings are anticipated.

Having missed out on deals for Jules Kounde and Raphinha, both of whom decided to sign with Barcelona, and having Matthijs de Ligt reject a move from Juventus in order to sign with Bayern Munich, they have endured a frustrating market to some extent. However, they have also experienced success in the transfer market. Read more here.

Sky Sports pundit Gary Neville suggested that Chelsea manager Todd Boehly, who has been leading the club’s transfer negotiations along with fellow co-owner Behdad Eghbali, was “a bit panicky now” in his strategy. The season starts this coming weekend, and Chelsea is actively searching the market for new faces.

Tuchel made these remarks during his news conference on Friday, just moments before the transfer of Cucurella was officially confirmed “Panicking? In contrast, I would characterize it as “very hard-working but still being somewhat inexperienced on the job.”

“The ownership and then entering into the transfer market is possibly one of the most difficult things you can do when you come from outside, but I have nothing but the highest respect and compliments for both Todd and Behdad. It is pretty much going on.

“I have no idea what time kids go to bed. It’s possible that they never go to bed. The line of contact between us is one that is very open, very honest, and very direct.

“The transfers made up to this point are sufficient evidence. Naturally, there is a holdup in our progress. Nobody should feel responsible for such delay. The penalties have caused a delay for us, and they have also resulted in the loss of key personnel; nonetheless, both of the owners who are actively involved in the day-to-day operations of the business have done an outstanding job so far. The transfer market needs no further explanation.”

ESPN has been informed by sources that Chelsea is optimistic that Cucurella will be registered in time to play some role in the club’s inaugural Premier League match, which will take place on the road against Everton on Saturday evening.

Tuchel added: “Marc is a wonderful player for his age, and he’s only getting started. He is a young player who is eager to learn, mobile, and very intelligent. He is versatile and can play a number of different places in our system.”

Sources claim that Chelsea is looking to add a striker to their roster and have inquired about many players, including Pierre-Emerick Aubameyang of Borussia Dortmund and Benjamin Sesko of Red Bull Salzburg, among others.

When asked if he was interested in Aubameyang, who had scored 79 goals in 95 games while playing for Borussia Dortmund under the direction of Tuchel, the manager of Chelsea responded: “In all honesty, I would be interested in learning more about the 79 goals!