Nine players have made it to the big league since 2016 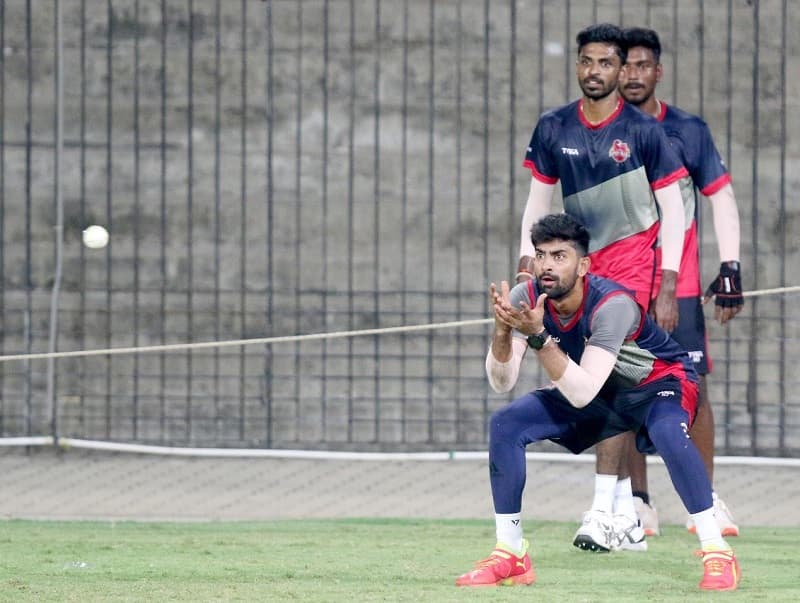 Chennai, July 16:  One of the biggest achievements of The Tamil Nadu Premier League, since it started five years ago, has been its steady supply of players to the lucrative Indian Premier League. Since 2016 nine players (see infobox) have made it to the IPL and have often created a big splash at the auctions.

The redeeming feature has been that all these players were in the uncapped category when they were picked up by various franchises.

Nobody has struck it rich as mystery-spinner Varun Chakravarthy, who was snared by Kings XI Punjab for a staggering Rs 8.4 crore in the 2019 auctions. All-rounder Masood Shahrukh Khan too caught national attention when was picked by the same franchise this season for Rs 5.25 crore. But the most heartening aspect for the followers of sport in Tamil Nadu has been the progress of left-arm pacer Thangarasu Natarajan and all-rounder Washington Sundar, who graduated to the Indian team with sterling displays.

Incidentally, both Natarajan and Washington, too have fetched a decent price at the IPL auctions with the former going for Rs 3 crore as an uncapped player in 2017 to Kings XI Punjab while the teenaged all-rounder went for Rs 3.2 crore in the 2018 auction to Royal Challengers Bangalore.

So, what is makes the TNPL tick so much that it has become a breeding ground for future IPL stars?

IPL regular Murugan Ashwin believes TNPL has managed to tap the abundance of talent from the interior regions of the state. “There is a lot of talent in Tamil Nadu. You never know who can impress and it is about this hidden talent in Tamil Nadu which comes into the spotlight in TNPL. I’m excited to see what this year’s TNPL has to offer,” says the leg-spinner, who will be turning out for Salem Spartans this season.

Former India batsman Subramaniam Badrinath, who is the head coach of Dindigul Dragons, feels the TNPL has been a god-send for the state’s cricketers. “I think the results speak for themselves. TNPL is amazing and a great boon for TN cricketers. From the nook and corner of TN talent has come out and results have shown with the likes of Washington Sundar, Natarajan, Varun Chakravarthy… They’ve all gone on to play at the highest level. I think the proof is there in the pudding that this tournament has a lot of potential and ability,” remarked Badrinath, who was once the fulcrum of Chennai Super Kings’ batting line-up.

Dashing left-hand opener Chezhian Hari Nishaanth reveals what it means to be part of an IPL team. The Coimbatore batsman was picked by Chennai Super Kings this season. “It has been a very special year for me personally because after a long struggle Tamil Nadu was able to grab a trophy (Syed Mushtaq Ali T20 title) and I am very happy that I was a part of the team as well. Because of my performance in the Syed Mushtaq Ali tournament, I was picked for the IPL. I was able to share the dressing room with so many legends who I have dreamt of meeting in my childhood,” gushes the 24-year-old Dindigul Dragons player.

Narayan Jagadeesan, who is also from Coimbatore endorses Nishaanth’s views. The wicket-keeper batsman, who headed the run-charts in TNPL last season (448 runs, 10 matches) and the Syed Mushtaq Ali batting table this year (364 runs, 8 matches) is eyeing a spot in the Chennai Super Kings playing XI.  “TNPL has been a major stepping stone for me right from the beginning. During the first season when I did well, I got picked for the Ranji Trophy side. So, I’m pretty sure that I’m not going to take this tournament lightly because it’s also a very well-recognized tournament. And also, we’ve got the IPL coming up in Dubai. So obviously good runs here will obviously push my chances for playing in the (CSK) eleven too,” he said.

Salem Spartans head coach B Ramprakash sums it up aptly: “The TNPL is a brilliant opportunity for the boys, it can prove to be life-changing for them.”

All the players who have made it to the IPL from TNPL since 2016.