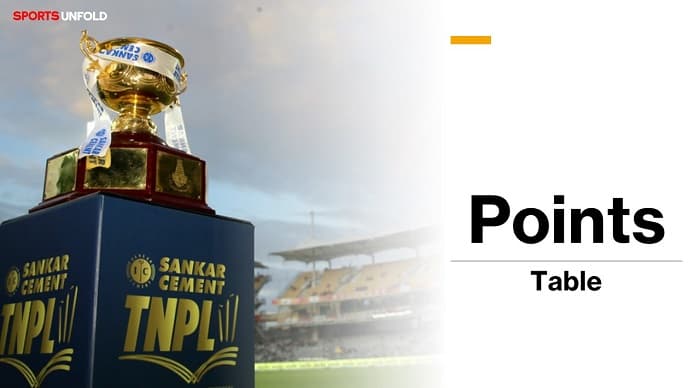 TNPL has successfully completed its 4 seasons. Since 2016 It is annually played in the state of Tamil Nadu in India. But the previous no TNPL seasons held. Originally the Season FIve of TNPL takes place in 2020 year. But because of the Covid-19 Pandemic, it was postponed to 2021. TNCA confirmed that the Fifth edition of the tournament will happen in 2021. Indian Cricket fans can catch every live action of Tamil Nadu Premier League Fifth Edition on Star Sports Networks. Star Sports 1 and Star 1 Tamil will broadcast the Live Telecast in India.

In the upcoming season of TNPL total of 8 teams will take part. All these 8 Teams will represent District based in Tamil Nadu State. Before the start of the Upcoming Season of TNPL, Two Teams changed their Team Names and bases. Tutti Patriots change their name to Salem Spartans. While Karaikudi Kaalai renamed to Triuppur Tamzizhans. All these teams will face each other in the fifth edition of the Tamil Nadu Premier League.

Chepauk Super Gillies are the defending champions of the Tamil Nadu Premier League. They defeated Dindgilu Dragons in the final of the TNPL Season 5 and win the Second TNPL Titles. Also, Chepauk Super Gillies is the most successful team in TNPl with Two Titles in Just DFour Seasons. Narayan Jagadeesan Score most runs the TNPL 2019, he scored 448 Runs. While Ganesh Peryasami is the highest wicket-taker in the previous season, he took 21 Wickets.

In TNPL Season 5 top Two teams standing in the Points table will play the 1st Qualifier Match on the 10th of August. While the losing team will get another chance on 2nd July. The 3rd and 5th Standing team will play the eliminator match on 11th August, Losing team will eliminate from Tournament. So the qualifier 1 Loser and Eliminator will face each other in the Qualifier 2 match on the 13th of August, and the winner will reach the finals. On the 15th August Qualifier 1 Winner and Qualify 2 winner will play the final match. So check it out below the Points Table of Tamil Nadu Premier League Season 5.