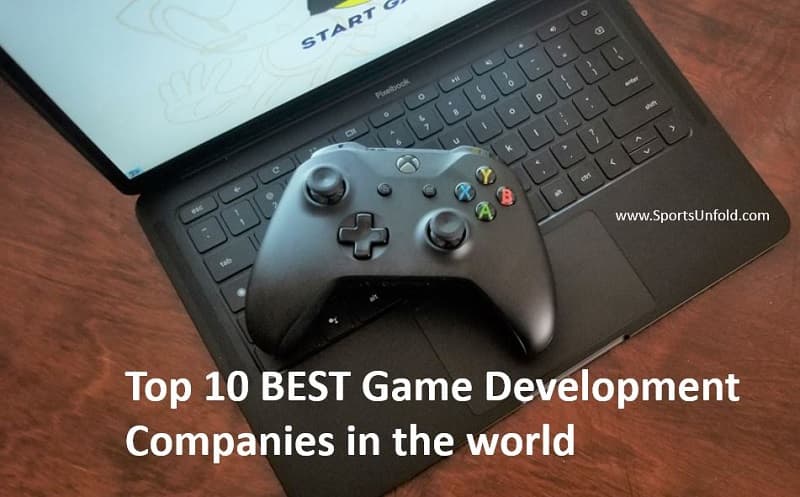 Video games have been a great fascination for the youth of the generation. It is a great break from these hectic days of work. Video games rose their popularity especially during the lockdown period where indoor time is well spent on video games. Check Top 10 BEST Game Development Companies in the world.

The companies are coming up with the different versions and various modifications in the game for more fun, entertainment, time spending, a quick break, and pumping the mood after a workday.

Here is a list of companies who have proven themselves by delivering the best ever video games holding position one in the world rankings. Check out the list of Top 10 BEST Game Development Companies in the world here on this page

Sony is one of the largest companies that are popular in producing video games founded in 1946. The main headquarters of the company is based in Tokyo, Tokyo Prefecture, Japan.

The gaming revenue of the organization is $25 billion with the PlayStation 5. They have maintained their position one in the market by developing a few of the games for its console.

Tencent founded in 1998 with having its core as the Social Media based in Shenzhen, Guangdong, China. The gaming revenue of the organization is $13.9 billion.

The most popular game of the organization recording the highest sales in 2020 is the Honor of Kings. The organization basically focuses on the games played on smartphones that are online. They have also been doing their best in the big-screen games by becoming the big players.

Microsoft founded in 1975 where the core of the industry is Software. The headquarters of Microsofted based in Rehmond, Washington, USA. Companies make their highest sales in 2020 of Xbox Series X/S which is a video game console.

Microsoft is the third largest developers of the game which makes around $11.6 billion.

Nintendo founded in 1889 based in Kyoto, Kyoto Prefecture, Japan which has its core in Gaming. The revenue that companies in gaming are $12.1 billion. The most profitable games of 2020 are Animal Crossing: New Horizons.

Nintendo is one of the popular and the largest firm in Japan being very successful. The other game for game lovers is Animal Crossing: New Horizons which is best selling on the Switch Console ever.

The organization is the one on the top 5 list founded in 2008 having its base in Santa Monica, California, USA. The main base of the game is the Gaming industry making a revenue of $8.1 billion.

The game which makes the highest profit in 2020 is the City of Duty: Black Ops Cold War. There is the highest number of sales recorded by the company.

The company founded in 1982 where the base of the company is in Redwood City, California, USA. The main industry of Electronic Arts is the Gaming industry marking a revenue of $5.5 million. The most popular and profitable game for 2020 is FIFA 21.

Epic Games are founded in the year 1991 where the company is based in Cary, North Carolina, USA. Having the base of the industry as the Gaming industry with the revenue of $4.2 billion.

It is one of the most popular and famous games in 2020 with the sales of Fortnite: Save the World.

Take-Two Interactive is the company founded in 1993 having its headquarters in New York City, New York, USA. It has its base in the gaming industry. The gaming revenue of the organization is $3.1 billion.

The most popular and highest sold game is the NBA 2K21 for the Take – Two Interactive.

Sega Sammy founded in 2004 is a top 10 organization based in Tokyo, Tokyo Prefecture, Japan. It is the base company with the Gaming. It has a gaming revenue of $2.3 billion.

The most profitable game sold in the 2020 for the Sega Sammy is the Total War Saga: Troy

Bandai Namco is founded in 2005 which is based in Tokyo, Tokyo Prefecture, Japan. The main core of the industry is toys. The gaming revenue of the firm is the $2.2 billion

The most profitable game of the organisation is Dragon Ball Z: Kakarot

Q. Who is the best game maker in the world?

Q. What are the 3 biggest game companies?

Q. Which is the biggest gaming company in the world?

Q. Which game is most richest?