Top 10 Boxing Matches of all Time 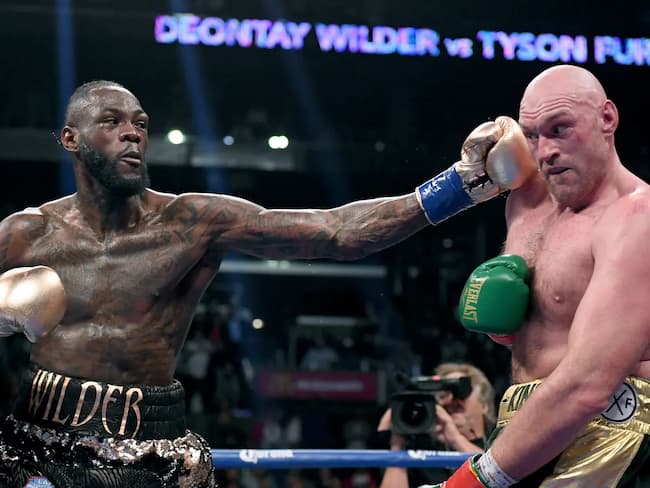 Boxing is a combat sport in which two people, usually wearing protective gloves and other protective equipment such as hand wraps and mouthguards, throw punches at each other for a predetermined amount of time in a boxing ring. Check 10 Boxing Matches Of All Time.

But it is so much more than that. The punches thrown at an opponent in round 11 to win the match by knockout brings a certain amount of joy in the watching fans along with the brilliance of great strategies

It’s been aptly dubbed the “sweet science,” but professional boxing’s greatest bouts aren’t always defined by strategical brilliance. From blistering slugfests to unforgettable triumphs of will, the matches on this list encompass all the qualities that make the ring game great.

Top 10 Boxing Matches Of All Time

Check out the top 10 boxing matches of all time

“Boston Strong Boy” James J. Corbett was the last bare-knuckle champion in the sport of boxing (although he fought gloved most of the time). His fall from grace concluded the bare-knuckle era once and for all when challenger John L. Sullivan landed a KO in the 21st round.

Yeah, a lot was different back then, and a fight wasn’t the traditional 12 rounds we’re used to today. Corbett vs Sullivan will remain an iconic fight for its bridging of old-school and modern boxing. I mean, bare-knuckle would-be bloodshed today.

Close your eyes and imagine fighting a professional boxer for 110 rounds. That’s 7 hours and 19 minutes of boxing, the longest boxing match on record, only to have the referee call the finish a “no contest.”

Lightweight fighters Andy Bowen and Jack Burke were stumbling out of their corners and had purportedly lost 10 pounds each during the fight. If there’s any fight that shows the won’t-quit nature of boxing, it’s Bowen vs. Burke.

“This fight is dubbed the St. Valentine’s Day Massacre as it took place on February 14, 1951,” says Lauren Keenan, boxer and trainer. He said, “I love this fight because it showcases the heart of a champion, even in defeat. This fight put two of the greats head-to-head in a classic bout.

Ray Robinson is widely considered to be, pound-for-pound, the greatest fighter of all time, and Jake LaMotta also fought his way into the Hall of Fame. While Robinson won, LaMotta never hit the mat and took a barrage of punches. The fight had to be stopped even though LaMotta was still standing.

He even went on to say, ‘If the referee had held up another 30 more seconds, Sugar Ray [Robinson] would have collapsed from hitting me.’”

ALSO CHECK: Best Football Game In The World In 2021

“I think the Muhammad Ali vs. Joe Frazier fight is one of the most iconic,” says Tommy Neff, the boxing director and trainer for the Bartender Boxing Organization, sponsored by Tequila Cazadores.”

Ali was coming out of prison after 3.5 years for avoiding the draft and he was going up against the man who won the championship while he was in exile. Both fighters were undefeated, the first time that has ever happened for a heavyweight championship match. It doesn’t get much more dramatic than that.”

Do the words “The Rumble in the Jungle” ring any pop culture bells? Whether you know anything about boxing or not, you probably know this phrase, used to describe the fight held in Zaire in October of 1974.

The fight saw two of the most powerful and iconic boxers of the time (and the sport’s history) face off in a match that has been considered the greatest sporting event of the 20th century.

That’s because Ali, who won by KO in the eighth round, came in as a 4-1 underdog with Foreman never being beaten. Ali was also a decade older. It’s estimated 1 billion people watched the fight.

In 1996, an award-winning documentary was made on this fight alone.

This match is technically two back-to-back fights. “It started well before the gloves were put on when Roberto Durán threw numerous insults towards ‘Sugar’ Ray Leonard, which got under his skin and in his head,” says the director of marketing for EverybodyFights, Ben Eld

People named this as one of his all-time favorite fights. “Usually a savvy and collected fighter, Leonard opted to abandon his game plan and stand toe-to-toe against Durán, which didn’t farewell.” The “Hands of Stone” bested Leonard and Durán took the Welterweight Championship.

This fight is ironically dubbed “The Brawl in Montreal.” Then they fought again in another landmark bout. Sugar Ray reverted to his signature style and used his superior speed and footwork to confuse Durán.

Leonard even faked the bolo-punch by winding up his right hand and then fired off a left jab and caught Durán square in the face. In the eighth round, a frustrated and exhausted Durán turned his back to Leonard, waved his glove, and quit.

You know … this is “the bite fight.” In June 1997, Mike Tyson II sealed his boxing legacy in one of the most insane fights ever by biting off part of Evander Holyfield’s ear.

The two heavyweights were sparring for the championship when Tyson went full-on zombie in the third round. Obviously, he was disqualified and lost his boxing license.

Among boxing experts, this trilogy of fights between Arturo Gatti and Micky Ward is considered the three greatest fights the sport of boxing has ever seen. “It was the most competitive, back-and-forth, brutal fight I’ve ever seen,” says Neff.

“Neither guy was signed to a big promotion or manager, so they were literally fighting to put food on their table — and they did not disappoint. After the fight, they shared a hospital room.”

These fighters went to war with each other three times. These fights are famous for being brutal but also showcasing their heart and spirit. It also showcased mutual admiration and respect for each other.

Round nine of the first fight is what encompasses all that is great in boxing. While they did terrible things to each other in the ring, they remained friends outside of it,”

We probably remember the build-up to this fight more than the fight itself. What was marketed as the “Fight of the Century” between champion Floyd Mayweather and Manny Pacquiao did, in fact, become the highest-grossing fight of the century (and history).

It generated an insane $400 million and 4.6 million pay-per-view buys. Hopes were high. Delivery was low. This fight is a lesson in the power of hype and how a lot of modern boxing relies on build-up.

Deontay Wilder defended his heavyweight championship against Tyson Fury in an epic fight in late 2018.

Wilder, known for his absurd knockout power that goes viral on social media, takes on Fury, who is living a well-documented comeback story battling depression, alcohol use, and weight gain after winning a heavyweight title for himself.

Both fighters own their own unique styles of fighting; Wilder poses possibly the most devastating right hand in the history of the sport, while Fury moves incredibly well for a fighter of his stature.

Fury won many of the rounds by moving around, landing punches, and avoiding Wilder’s wild right hand. In the ninth round, Wilder finally landed and dropped Fury with a short-left hook.

Fury was able to survive the round and got back to work in the tenth and eleventh rounds. In the twelfth round, however, Wilder landed a strong right-left combination which dropped Fury again.

Everyone in the arena, including Wilder, thought the fight was over, but Fury got up yet again and began fighting until the end of the fight. While the fight ended in a draw, it brought endless drama, excitement, and courage, capturing the attention of sports fans worldwide

This nail-biting draw was followed up with a rematch in February 2020. Fury’s eventual victory is now being hailed as one of the best comeback stories in the boxing world.