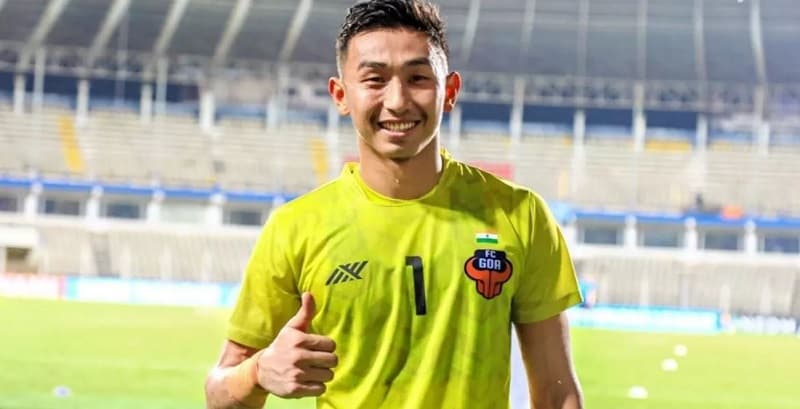 Indian Super League is a popular football tournament in India. There has been huge growth and development in the players and the game in so many years of the game. Check Top 5 most expensive Football Players in the Indian Super League.

The clubs of the game are witnessing various transfers and progress in the game. ISL is an opportunity for all the players in the country to showcase their talent. It is a platform for young talent to be ace in a football game.

The brand new season of the game is on its door where there are huge transfers taking place in the game.

Check out the list of the top 5 most expensive players of the Indian Super League football tournament.

Liston is the most expensive player in the league currently where his worth is 1 Crore rupees. He is a winger in the team where he breaks all the records in transfer.

Liston announced his arrival in the team ATK Mohun Bagan for the season 2021-22 of the game ISL. He joins hands with the mariners from Hyderabad and breaks all the stereotypes of the fee.

He is the costliest player of the game.

Michael is a popular football player in Indian Super League. He is the second most expensive player of the game where the transfer fee is 90 Lakhs. Michael shakes hands with ATK for the transfer where his price is 90 Lakhs.

He joins ATK from Jamshedpur in the year 2019. However, in a very short period of time, the player achieves success and he jumps to position two.

In 2019, ATK wins the season where Michael plays 20 matches and scored 3 goals.

Manvir Singh jumps to position 3 of the most expensive list of the players. His transfer fees is Rs. 80 lakhs. He joins the newly formed team ATK Mohun Bagan in 2020 and becomes the costliest player. Manvir ends the season in 2020/21 where he played 26 matches and won 6 goals.

Manvir first joins the team FC Goa during the start of their career. However, later his transfer takes place to the ATK Mohun.

Dheeraj is the fourth most expensive player in the Indian Premier League. He is a popular goalkeeper and he joins the ATK in the 2019 ISL season.

He is the player on the bench where he couldn’t find much progress in the game. Dheeraj decides to leave the team and join FC Goa.

During his transfer, the price of the player is 75 lakhs thus making him the fourth most expensive player.

Ashique joins Bengaluru FC in 2019. He is a popular young winger where his transfer fees are Rs 70 lakhs. Ashiq becomes the fifth most expensive player on the team.

He was earlier a part of the FC Pune later changed to FC Bengaluru. Kuruniyan played a total of 26 games and joins the club.

How to Watch Tokyo 2020 Summer Paralympics on DD Sports FREE?