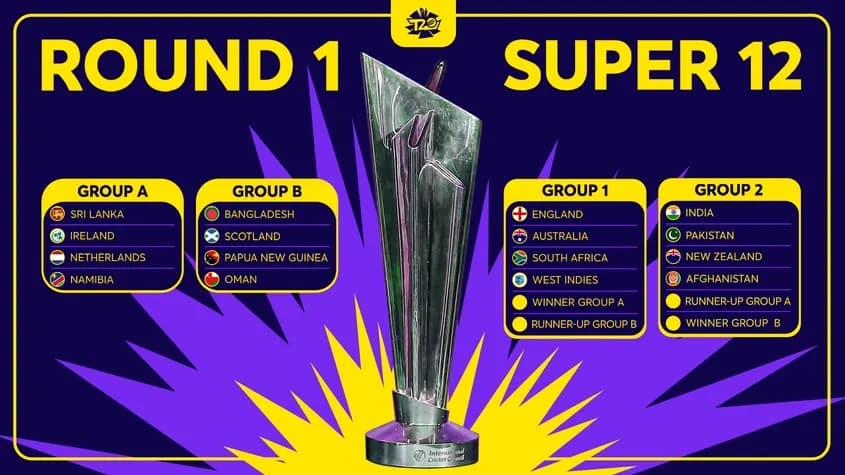 Initially, India was scheduled to host the 2021 edition of the ICC Men’s T20 World Cup. In the month of June, ICC announced the venue of the 2021 T20 World Cup shifted to the United Arab Emirates and Oman. Oman will host the preliminary rounds of the Tournament. While UAE will host all the remaining Matches. The Schedule will begin on 17th October 2021, just two days after the 2021 Indian Premier League final Match.

BCCI President Sourav Ganguly: “It is good to get Oman in the frame of world cricket with the hosting of the ICC Men’s T20 World Cup. It will help a lot of young players take an interest in the game. We know it will be a world-class event in this part of the world.”

Oman Cricket Chairman, Pankaj Khimji: “Oman Cricket has come a long way and today is a watershed moment for us to have ICC and BCCI here at Oman Cricket Academy to announce the ICC Men’s T20 World Cup groups!

“Looking at these groups we anticipate a highly competitive, thoroughly enjoyable spectacle of international cricket. This is truly an aspirational tournament and one the wider UAE Cricket team is extremely excited to be involved in.”