Top 5 Most popular Players in the Ice Hockey in 2021 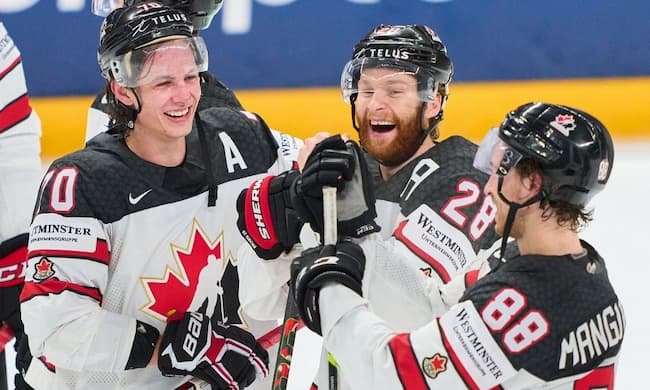 Ice hockey is a contact winter team sport played on ice skates, usually on a rink. Two opposing teams have typically fielded six skaters each. The teams use sticks to shoot a vulcanized rubber puck into the other team’s goal. The winner is the team to score the most goals. Check 5 Most Popular Players In The Ice Hockey.

The greatest players in NHL history revolutionized the game. Whether it was Bobby Orr proving a defenseman can be a scorer, Wayne Gretzky owning the league, or Gordie Howe playing in five different decades. These became transcendent figures in the sport.

They are the cream of the National Hockey League crop. The premier point-scorers, nifty playmakers, lockdown defenders, and save-making goaltenders. They are precisely the sort of talents needed to revitalize a sagging franchise, make a playoff run or, in the case of the consecutively crowned Tampa Bay Lightning, bring home a Stanley Cup or two.

Check out the top 5 most popular players in Ice Hockey 2021.

Top 5 Most Popular Players In The Ice Hockey In 2021

Not just the shirtless darling of the Tampa-area media, Nikita Kucherov can flat-out play too.

A second-round pick in the 2011 draft, he missed the 2020-21 regular season following hip surgery. But he returned in time to be the most prolific piece in the Lightning’s second straight Stanley Cup run.

He produced 32 points in 23 games, nine more than any other postseason player. Kucherov has averaged 1.31 points per game since 2016-17, more than anyone not named Connor McDavid (1.45).

Waiting for Sid the Kid, now well into his early 30s, to slow down? Don’t hold your breath. The No. 1 overall pick from way back in 2005 remains a high-end NHL commodity after 16 seasons. It is evident by a point-per-game clip that saw him produce 62 points in 55 games, placing 10th in the league in that category.

Crosby has never failed to maintain a point-per-game pace and has racked up more team and individual hardware than anyone in his generation. A first-ballot Hall of Famer, to be sure.

Another top overall pick who has panned out big time, both individually and for his team. Nathan MacKinnon was 18 when he arrived in the NHL as the Avalanche began retooling their franchise.

His rise to an elite level has coincided with the team’s collective progress, including four straight point-per-game seasons as Colorado rose from last overall in 2016-17 to the Presidents’ Trophy in 2020-21.

He’s scored 354 points since the start of 2017-18 and has been bettered in both goals and assists by only two players during that stretch.

Yet it was a drop-off for Leon Draisaitl, an emergent German star who led the league in scoring and was voted its Most Valuable Player in 2019-20.

He’s a versatile center who’s also played on the wing alongside a celebrated teammate, using superior size, speed, and vision to score on his own or set up others. He’s led the Oilers in goals (11), assists (16), and points (27) in 21 games across their past three postseason appearances.

If you are surprised, you haven’t been paying attention.

The top overall pick in the 2015 draft has been the league’s best player from nearly the moment he touched NHL ice, racking up three scoring titles, two MVPs, and three nods from the players association as the top player in six seasons—all before his 25th birthday.

Still, his 2020-21 season was particularly special.

McDavid produced 105 points across an abbreviated 56-game schedule, which translates to an absurd average of 1.875 points per game that has been bested by just six players in the past 50 years.

His world-class speed and sublime stick-handling make him a fixture on weekly highlight reels, and his unanimous MVP nod this time around was the second in league history, joining another ex-Oiler by the name of Wayne Gretzky.