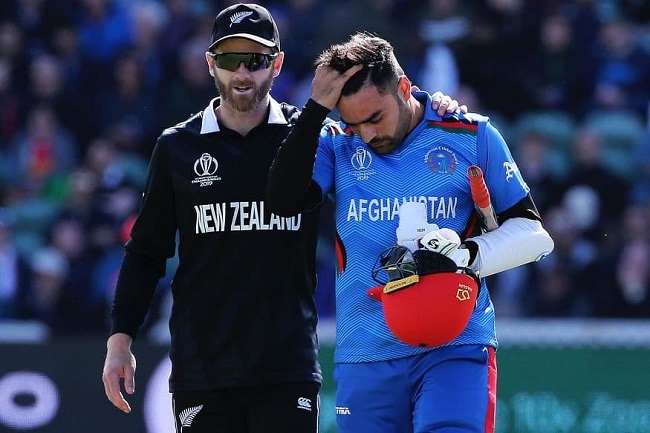 Today’s match is important not only for AFG and NZ but also important for Team India. If AFG manages to beat NZ then India may get entry in the semifinals.

Here in this article, we tell you about H2H T20 records and Dream 11 prediction of this electrifying match.

Everyone is eagerly waiting for the match between New Zealand and Afghanistan to be held on Sunday. Team India’s hopes rest on this match.

If Afghanistan wins, then the ticket of Team India for the semifinal race will be confirmed.

But for New Zealand too, it is a ‘do or die fight. They have to win at any cost to reach the last four.

But records and statistics are a testimony to the fact that New Zealand’s team disintegrates under pressure.

In this match, NZ defeated AFG by 6 and 7 wickets in Napier and Taunton respectively.

This is the first T20 match which is a play between AFG and NZ. Apart from all these things if e talk about stats of Abu Dhabi

While New Zealand has lost their only T20I at this venue, Afghanistan has won nine and lost three out of their 12 T20Is here.

On paper, New Zealand is better than Afghanistan in all formats, in ICC ranking, and other aspects.

In Wicket Keeper, you can choose D Conway and R Gurbaz

Batsman, we can opt for M Guptill, K Williamson, and Najibullah-Zadran

All-rounder of team we have options of M Nabi, M Santner and K Janat.

As we know bowlers play a key role in a match so we can choose T Boult, I Sodhi, and Rashid Khan.