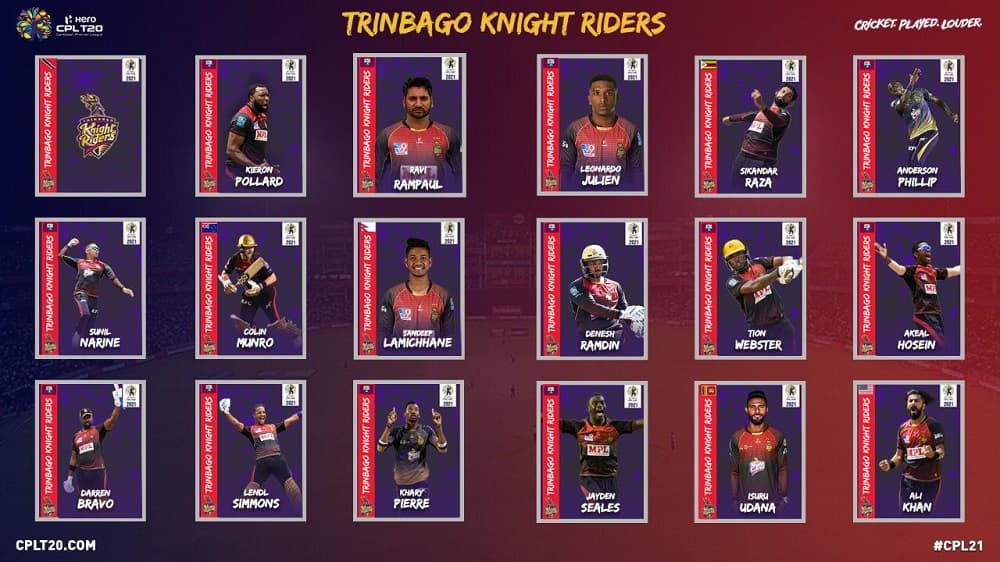 Also Read: Where To Watch CPL 2021 In India? And Worldwide Broadcasters List

The Previous Season of the Caribbean Premier League takes place between 18th August to 10th September. While the final match of the previous season played on 10th September at Brain Lara Cricket Academy, Tarouba. St Lucia Zouks vs Trinbago Knight Riders Played the final Match of the Previous Season. Trinbago Knight Riders defeated St Lucia Zouks in the final and win another title of Caribbean Premier League. Kieron Pollard awarded as Player of the Series for his excellent performance throughout the tournament in CPL 2020.

Trinbago Knight Riders are the most successful team in Caribbean Premier League. They win Four CPL Titles in just 8 Seasons of the Caribbean Premier League. Kieron Pollard Lead TKR in the previous season and win 4th title for CPL. While Under Dwayne Bravo Captaincy TKR won three titles in 2015, 2017, and 2018. He also awarded as Player of the Series for CPL 2015. But in the upcoming season of CPL Dwayne Bravo will play for St Kitts and Navies Patriots. So check it out below the current squad of Trinbago Knight Riders.

Barbados Tridents Players and Squad for CPL 2021, Owner, Jersey, Squads, Schedule all you need to know